WDBJ Shooting Hoax Back In the Headlines 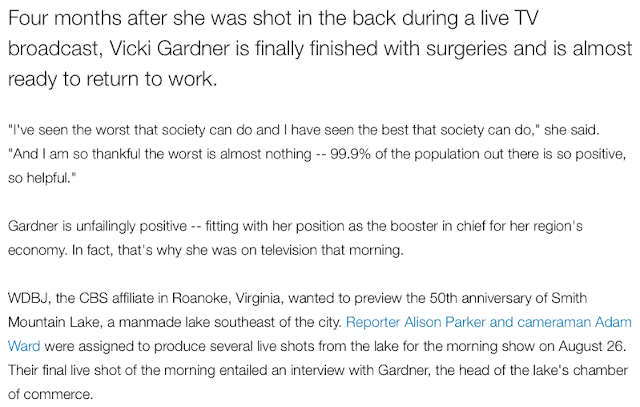 All of these people who participate in these shooting hoaxes and who go before audiences on TV, lying, deserve one fate.  A bullet in the head.  If the powers that be hadn't made the masses a gang of politically correct, ultra soft nincompoops, I wouldn't have anyone disagreeing with me, unfortunately, the masses are a group of politically correct, ultra soft, nincompoops.

All of these deceivers should be executed on live TV, with in depth coverage focusing on the recoil and sound from the guns.  People need to learn what a real shooting looks like and who needs to get shot. Vicki Gardner is one of many.