It was 95 degrees before the storm, according to ESPN, for TNF.  Thursday Night Football = 95

The game was stopped due to lightning, in a storm following the path of Interstate-77, 389 seconds into the game. 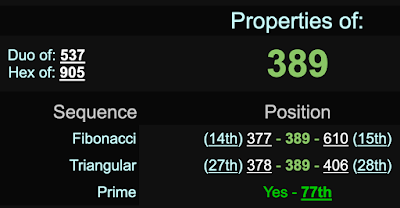 The game is 77-days after Barber's birthday.

Chris Godwin Jr. has the 77 connection as well.

Keep in mind it is the 100th NFL season, and this lighting delay is the first for prime time television of the season.

And the first points are a 40-yard field goal.

And the quarter ends with a long stoppage at 40 seconds, of course.