This event is taking place on what is typically the 227th day of the year, this year it is the 228th.

The ritual that is being performed in the 'Consumption of Mary'.  The only death warranted according to the reports however, is that of a pig.

One wonders if the 'fifteenth' is of any significance to the ritual.  A number that can be broken down to 5+5+5, and also having ties back to 'Saturn' in gematria.  Below we'll discuss Mary's connection to Saturn and more.

The month of August also has a connection to 'religion'.

The name of the stadium ties in with the 'black magic' ritual, an inversion of the Roman Catholic practices.

Notice how 'Roman Catholicism' ties in with 'Occult' and more. 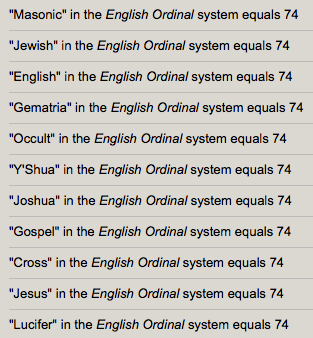 The gematria of 'Black Magic' also connects to 'Catholic'.  Remember, JFK was the only Catholic President.

Even the name of the street the church is on ties in.

Above, notice the use of the word 'corrupt' in regards to what they will do to the 'Virgin Mary'.

Earlier we asked about the significance of 'fifteenth' and 'Saturn'.  'Mary' also connects back to 'Saturn',  So does 'slaughter'.

Notice how 'slaughter' connects to '511' and '666'.  In this ritual, they 'slaughter' the statue of the Virgin Mary before consuming a pig's heart.

The name of the church, 'Ahriman' also connects back to 'Virgin Mary' and more. 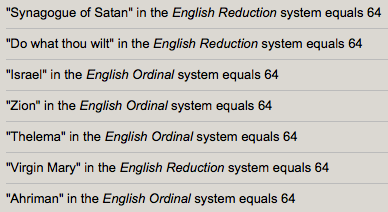 The name of the ritual also ties in with the 'United States of America', a Luciferian nation, a Satanic nation.

Remember, the American Revolution came right after the establishment of the Bavarian Illuminati, and the French Revolution followed it.

The name of the leader connects to 'Freemasonry' and 'secret society'.

With the s-exception, his name connects to 'Satanic'.

Notice the mention of the 'Solomonic Triangle'.  This has gematria connecting to 'Saturn', just like 'Mary'.

Then the word "entraps", in quotes, emphasized.

Also, recall how in the beginning of the ritual, they used burn Quran pages.  Quickly, the tie between the Quran and the Catholic faith.  And also, Islam and the 'Sun', which has a connection to 'Saturn', through being the keeper of time.

Think about how in the Islamic faith, prayer is determined by the position of the 'sun' in the sky.

You might have also noticed above the emphasis on the word "consuming".

One last point, with regards to the location of Oklahoma City, keep in mind that Satanism is self worship, and self worship is based on 'temptation'.

Let us not forget that the basketball team in that town also has a connection to 'The Synagogue of Satan'.