Below are quotes from Albert Pike in Morals and Dogma:
https://www.youtube.com/watch?v=Y1y0VbCuH-4

All roads lead to Kabbalah, or when practiced within Freemasonry, Qabalah.

Kaballah is much older than the Zohar, which is said to be the most important text to Kabbalah.

This is in reference to the Apostle Paul, who was blinded by the resurrection of Jesus and who is credited with establishing the earliest churches teaching the doctrine of Christ.

The Kabbalah is what Pike is stating are the origins of the Trinity.

In Kabbalah it is the three columns:

I'll have to follow this clue deeper.  The Rose Cross was who mixed Christianity with Kabbalah in the 17th Century (Francis Bacon and King James).

Pythagoras and Kabbalah meet in Morals and Dogma.  Who knew?

The Templars were the Christians who first borrowed the Kabbalah knowledge, which transferred through other related Christian sects, such as the Rosicrucians.

Albert Pike is definitely right about that.

These quotes are from the documentary '13 Blocks', about how Albert Pike's statue is exactly 13 blocks from the Capitol Building. 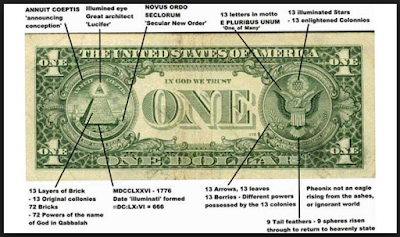 In that same statue Pike is seen holding the book Morals and Dogma.

Here are the Degrees of Scottish Rite Freemasonry.  Remember, the first 3 Degrees are earned at initiate level lodges. 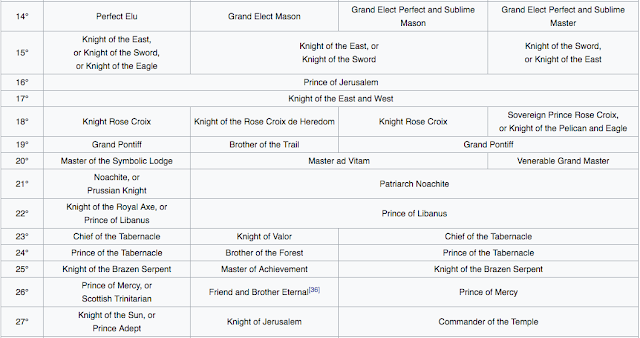 ALSO, notice that the 33rd Degrees refers to itself as the 'Supreme Council'.