Pedro Pierluisi has become the 13th Governor of Puerto Rico, on his 99th day of his age. 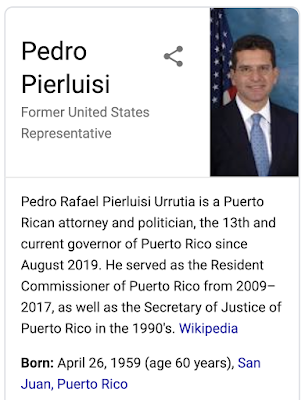 Keep in mind that Puerto Rico is a territory of the United States of America, a nation that was named on September 9, 2019.

Read about the resignation of the former governor by the numbers here:
https://freetofindtruth.blogspot.com/2019/07/58-139-ricardo-rossello-puerto-rico.html