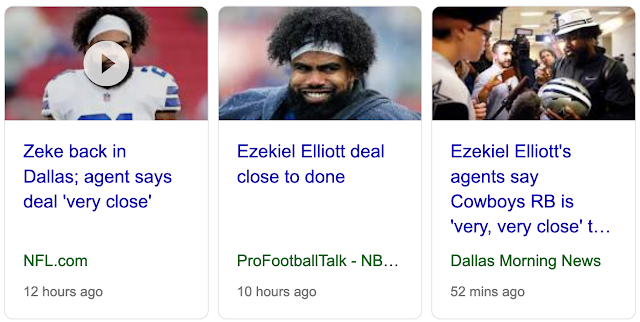 Notice the emphasis on 'very close'.

On September 3, 2019, the Ezekiel Elliott holdout is coming to an end.

Keep in mind, in 1993, Emmitt Smith, the Dallas Cowboys RB, had a holdout by the numbers.

Smith returned on his 127th day of his age that year.

And notice how the September 3 news syncs with Zeke's birthday.