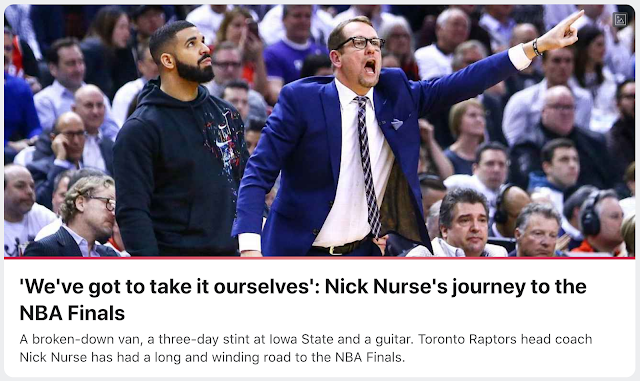 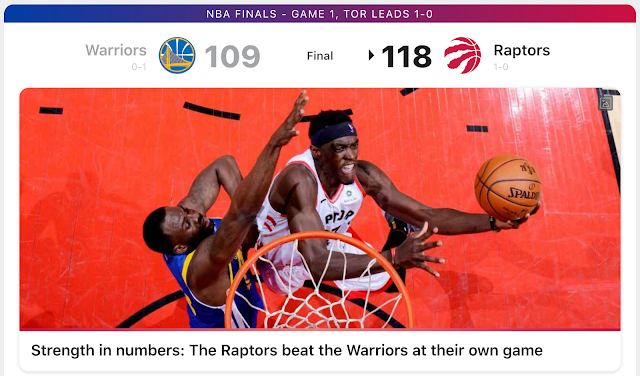 For the record, all of these things happened in the game...

It was played on May 30th
Warriors picked up 30th loss of season
Raptors stayed on 30 losses for the season
Raptors became 3-0 vs Warriors this season
Steve Kerr earned his 113th loss as a coach (30th prime)
The game was 30-days before Kawhi Leonard's birthday
*Steph Curry wears #30; His father Dell Curry wore #30 for the Raptors

And yes, we had the Raptors prior to the game for this reason on Patreon.
Posted by Zachary K. Hubbard at 5:39 AM