Uncle Drew is a movie with one twisted joke in numbers.  If you haven't seen it, it is about basketball, and notice, it released on the 185th day of the year.

The team that is the center of focus in the film is the 'Harlem Monkey'. 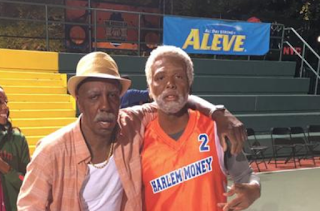 In the end, the Harlem Money wins with 102-points on a buzzer beater three-pointer.

Pay attention to how often NBA games end with 102-points.

And last, notice how Uncle Drew ties in.