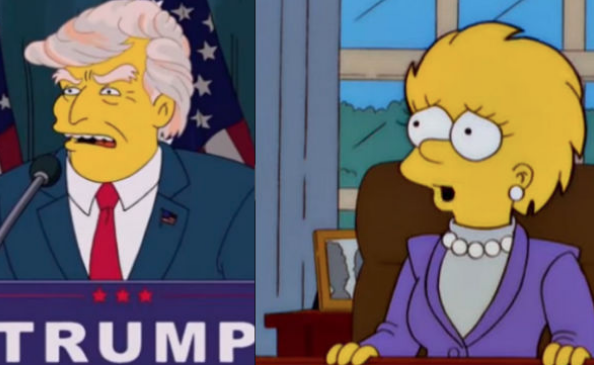 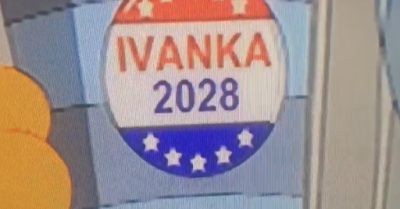 The episode is 'Bart to the Future':

Don't forget Trump entered his GOP Convention, 88-days after the Queen's birthday, to music by the band Queen, also from the U.K.

Remember Bill and Hillary in purple, conceding to Trump? 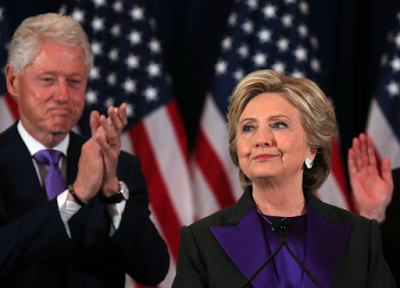 Also, don't overlook that her father was the winner of the 58th U.S. Presidential Election.

-Donald announced he was running from 58-story Trump Tower
-He hired 58-year-old Steve Ray for the 58th U.S. Presidential Inauguration 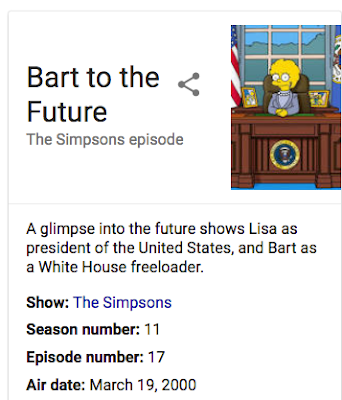 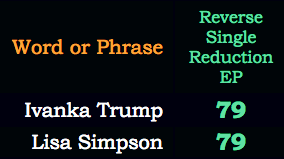 *Trump, a Scottish Rite Freemason, and a Jesuit.
Posted by Zachary K. Hubbard at 8:40 AM