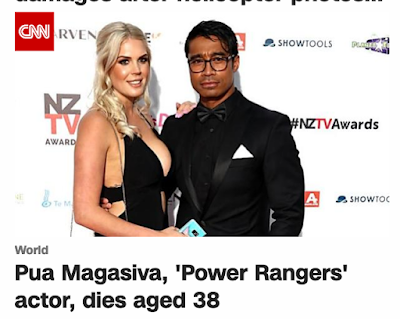 This has EVERYTHING to do with the Power Rangers movie he starred in. 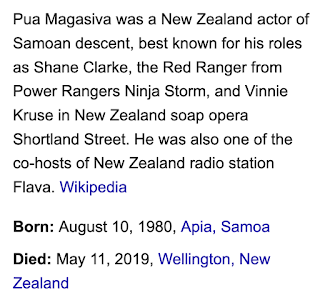 He played the Red Power Ranger.

He died on the 131st day of the year, and again, was in the film 'Power Rangers Ninja Storm'.

Notice how Wellington, New Zealand connects to the character Shane Clarke as well. 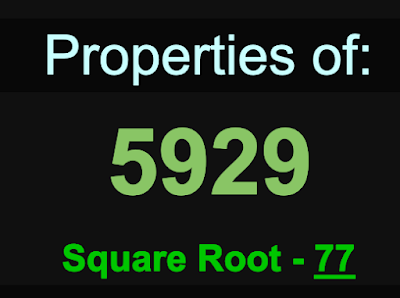 The official title of his character was 'Red Wind Ranger'.

Notice that film released on the 46th day of the year, February 15.

The name Magasiva connects to 'sacrifice' as well.