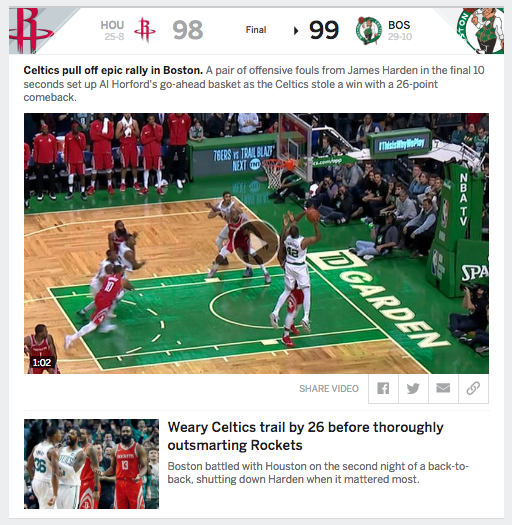 As someone said, it reminds them of the team from near Boston coming back from 25 in the Super Bowl in Houston, February 5, 2017.

It's also interesting to note it was the Celtics 39th game of the year, like how Tom Brady was 39-years-old when he won Super Bowl 51 in Houston.

Notice it was only the Rockets 33rd game of the year.

And consider the Celtics got their 29th win of the season.

Consider the Patriots won Super Bowl 51 in their 57th season.