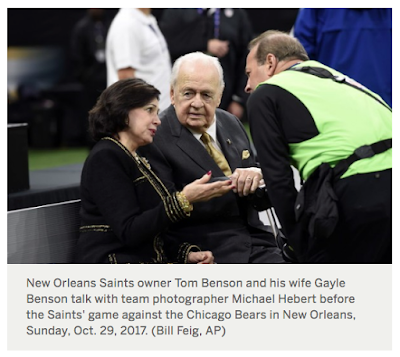 *Super Bowl 52 concludes the 98th season of the NFL.

It reminds of how Dan Rooney of the Steelers died 98-days before his 85th birthday this past offseason.

Recall, I said at the beginning of the season, look for the Saints to have a special year because they had the 98 connection, as well as the "flood" narrative from years past, where they won Super Bowl 44 not long after Katrina.