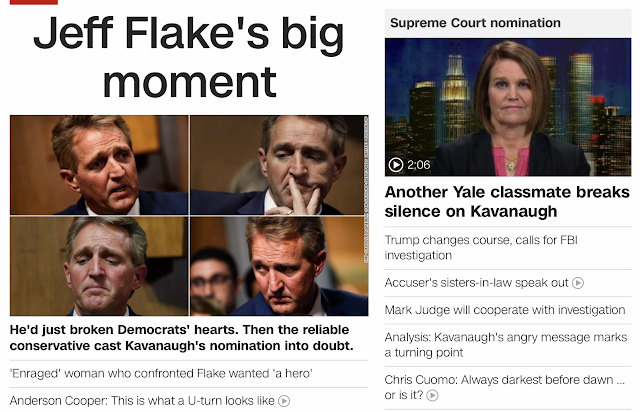 I love that Jeff Flake from Snowflake Arizona finally had a big moment and it was him flaking on the Kavanaugh vote.  Only in an idiocracy do these things go unseen.

As for the new Yale classmate speaking up, her name is Liz Swisher... 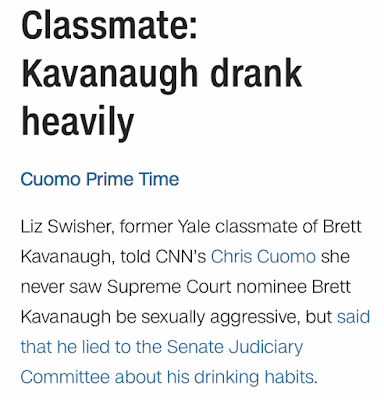 *The word 'Freemason' sums to 122 in Francis Bacon.

Heavy.com first published an article about Swisher on Wednesday, September 26, seemingly ahead of the rest of the media, which is not uncommon with Heavy.com, a leader in world wide web propaganda and contrived news stories.
Posted by Zachary K. Hubbard at 8:15 AM