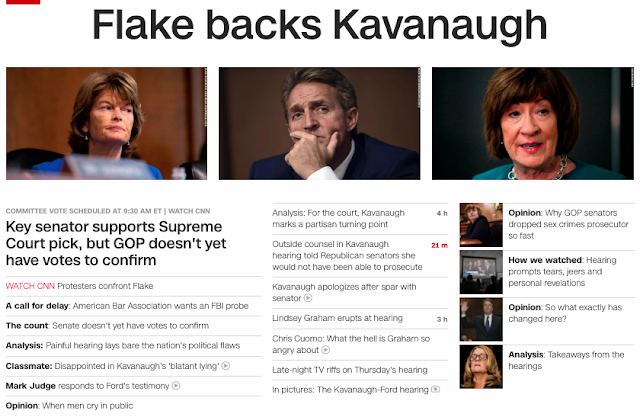 I have to laugh that Jeff Flake is from SNOWFLAKE, Arizona.

Of course, Arizona factors into the ongoing Jesuit ritual in play. 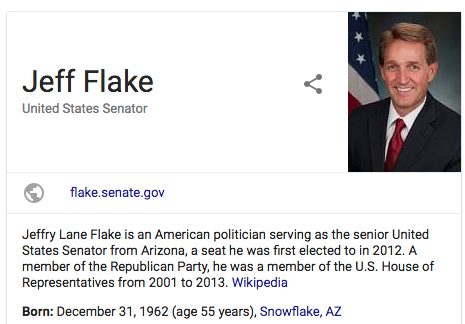 Notice how his named is spelled, Jeffry, instead of Jeffrey. 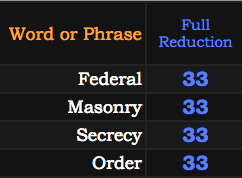 Further, notice his birth numerology is 105, like 'Arizona' and 'Masonry'.

And notice the gematria of the headline...

UPDATE:  They're now reporting that Jeff Flake could flake out on his vote after being confronted in an elevator...

Notice the 35 / 46 combo for Jeff Flake, elevator and Catholic.

Today's fiasco is in connection to the Jesuit, Brett Kavanaugh, having to give his testimony about being accused of sexual assault, on the Jesuit birthday, September 27. 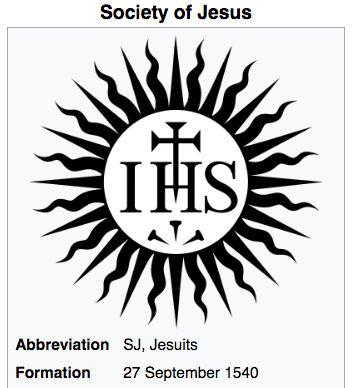 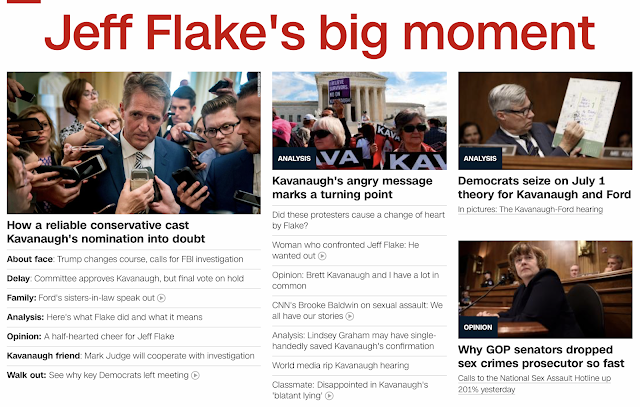