Read prior decode on Broncos vs Falcons Hall Of Fame Game:
http://freetofindtruth.blogspot.com/2019/08/49-76-266-death-of-pat-bowlen-and.html

In this post, I want to focus on the winning drive by the Broncos.

Again, Super Bowl 33 was Broncos vs Falcons, with the Broncos winning 34-19.

As we'll get to, Juwann Winfree, who caught the winning TD, did so 34-days before his birthday. 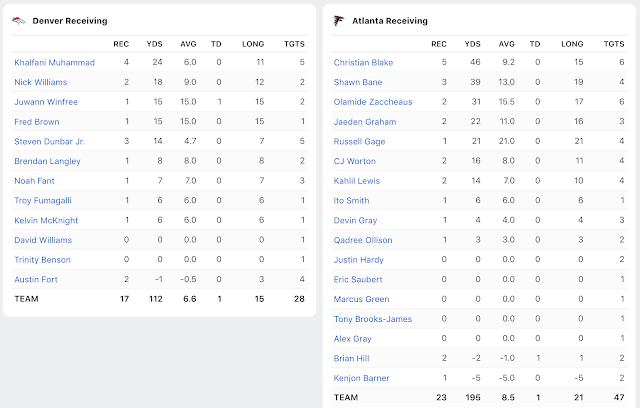 Notice the interception was made at the 38-yard line.

The Falcons lost their only other HOF Game played on August 1, exactly 38-years earlier, August 1, 1981, against the Browns.

The catch was 34-days before his birthday. 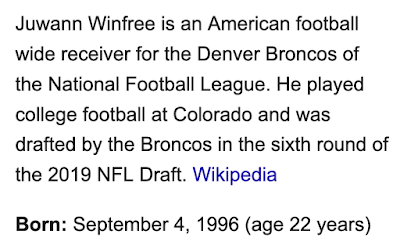 It was the first "winning play" of the 100th NFL season.