The Grammys and the Marriage of 33 Couples 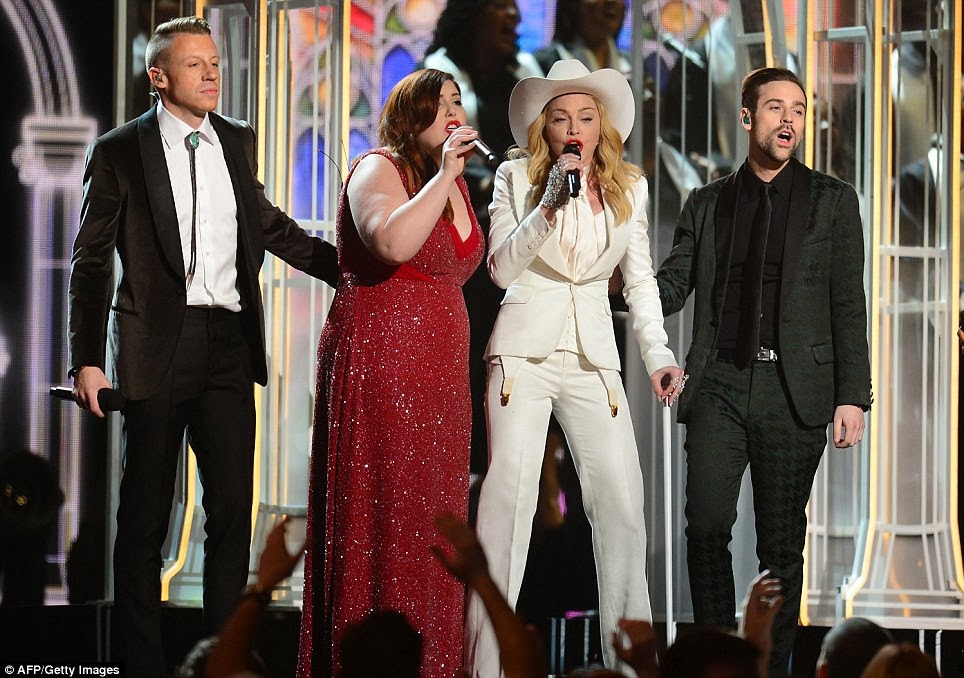 On Sunday, January 26, 2014, the Grammys did something unprecedented.  Under the commissionership ship of Queen Latifah, 33 couples became newly weds.  One might ask, why 33?  That same person who would ask such a question is not someone who reads this blog, otherwise they would already know.  Think about music in the United States.  It is an absurdity.  We have thousands and thousands of radio stations, and thousands and thousands of musicians living within the borders of this country, yet these radio stations by the thousands play the same five to ten songs on constant repeat throughout the year, exposing a nation of three hundred million to just a small handful of artists, who mostly all have the same tired, repetitive, boring, sound.  It is as if the radio companies and music industry wants to put the population in a trance by means of the boring, soulless music that is promoted.  Then to top it off, they have an award ceremony that has come to be known as the Grammys, where this small group of artists is praised for their forced, commercial accomplishments. It is hard to blame the citizenry for watching and supporting it however, because the truth is- they have no other choice.

To look at this 33 married at the Grammys matter slightly more deeply, let us examine the numerology of  the Grammys.
After examining the numerology of Grammys, one might say 33 couples were married at the 33 awards.  This past Sunday's Grammys performance was the 56th.  In numerology, 56 sums to 11.  Also, this Grammy performance fell seven days, or one week before the 33rd day of the year, February 2nd, which will be the day to host the Super Bowl for the first time in the history of that event.
Posted by Zachary K. Hubbard at 9:35 AM