Notice the logo of 'Brussels Airport', which looks much like a '3'.  After the March 22, 2016 attack, the number '33' was written on glass shown in mainstream cover by the Daily Mail.  Doesn't the '33' appear to be written in the same font as the airport? 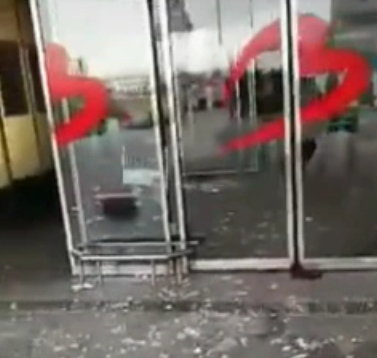 Now here is where it gets creepy.  An image was released of the deceased at the Bataclan.  The image looked highly suspicious and altered, especially with the blood smears on the floor.  Looking more carefully at the smear, doesn't it resemble the same symbolic '3'?  It is possible this logo is always on the glass. 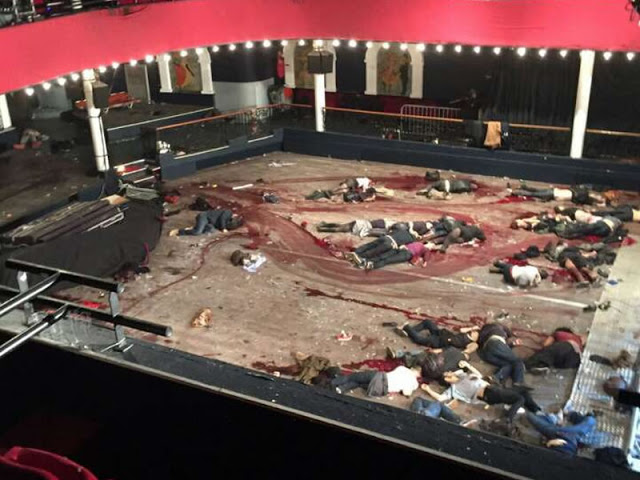 Remember, the attack on the Bataclan occurred on Friday November 13, 2015, the attack on Brussels Airport occurred March 22, 2016, a span of 131-days.  If you don't count the end date, the attacks were 130-days apart.  It was reported that 130 people died in the Paris attack including the Bataclan casualties.

With regards to the attack being on March 22, 2016, that date can be written 22/3.  Keep that in mind in light of 'Friday the Thirteenth' Paris attack and Maelbeek Metro Station attack of March 22, 2016 in Belgium, in addition to the airport. 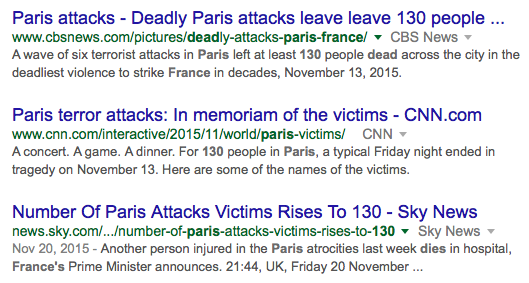 And while in the time of Washington it wasn't called the 'Military Industrial Complex', it seems the Masons have always been about war, chaos and rule by these means.