Recall the significance of 119. 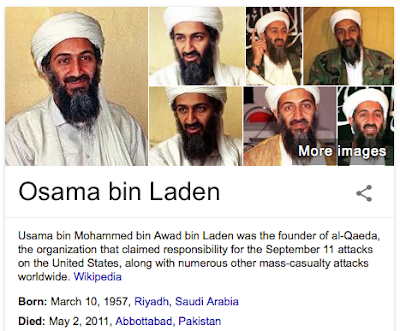 Notice where he was killed has the same gematria as 'conspiracy'.

And as for the May 2 death, it reminds a bit of the ongoing manmade 'prophecy' by the numbers, which September 11, or 11/9, was very much part of it.