Reader Contribution | Noisegate, Colts, Vikings and '41' +My epiphany about purple and GOLD (Super Bowl 50 and beyond)

I should remind that Super Bowl has gematria of '41'.  Remember, Prince in Super Bowl 41, and dead on a date with '41' numerology.

It reminds me of the Purple and Gold them in the death of Prince.  With regards to Gold, it made me think a lot of who hosted the last Super Bowl, the 49ers, named after the 1849 Gold Rush. 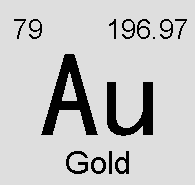 Super Bowl 50, hosted by the 49ers, was played on the 121st Meridian, and exactly 121-days after the game was played, on June 6, 2016, the Denver team would visit the President of the United States, showing the significance of '121', which connects to 'gold', a big theme for Super Bowl 50.

Revelation is the book of prophecy; it is the 66th book in most Bibles.

In Revelation, it says the false Jews will rule in the end times.  In this world, those are the banker tyrants who control the NFL and the world of pro sports, plus media, plus more.

The book the Wizard of Oz is about a world with gold roads and silver slippers, which turn to "red" in the movie version, to help people miss the point of the film.  The book is about how the baker tyrant zionists run the world (Gold and Silver), and they do it through their machines, such as the radio, papers, magazines and these days, screens upon screens.... "Silver Screens".

The Jewish texts are all about God and money.  Look at this nation, 'God' on the 'dollar'.

The people with the long noses run the world.  They run it with lies and deception and intimidation, mostly through their screens.  Like the characters in the Wizard of Oz, we must find our brains, our hearts, our courage.  Then we will overcome.
Posted by Zachary K. Hubbard at 6:38 PM