Checkout the 'CC' name on this author. 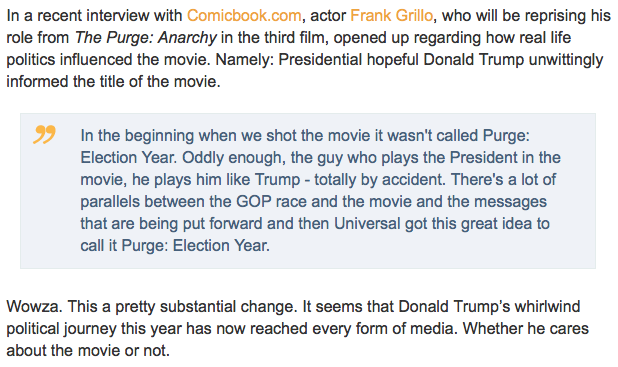 The actor Frank Grillo at his current age is interesting for a number of reasons. 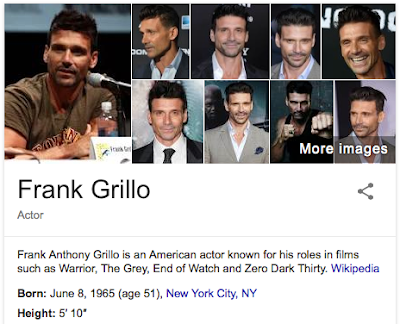 Notice Frank Grillo is 51-years old in light of his name gematria.

How do people not see the way things are orchestrated?  It is always so obvious.  You have to really make a point to turn your head the other way. 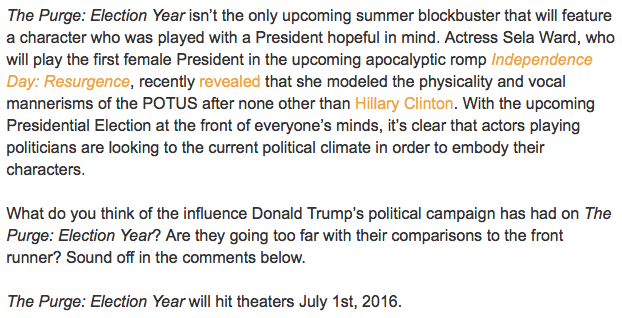 If you haven't seen my other post on the purge and its July 1st release, check it out here:  http://freetofindtruth.blogspot.com/2016/06/44-106-purge-election-year-june-10.html

Here's another interesting article as well.

In the film, a woman ends up winning the Presidency.  Her name is 'Senator Charlie Roan', having gematria matching 'Trump'.

When the film begins, the song 'Give up the Funk' by Parliament and George Clinton is playing.

'Give up the Funk' has a connection to 'Woman'.  In the film a woman is elected President... and of course Hillary Clinton is running.  She is born on October 26, the day that leaves 66-days left in the year.

The name George Clinton also has a connection to 'Hillary Rodham'.