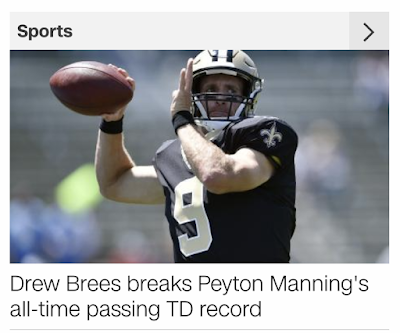 What an example of 113, as the Saints improve to 11-3, and Drew Brees passes Peyton Manning for most TD passes all-time, against the Colts, who Manning played nearly his entire career for, and who Drew Brees beat in his only Super Bowl.  Of course, the "irony" of that championship win was that it was the first for the Saints, who Archie Manning, the father of Peyton, played for. 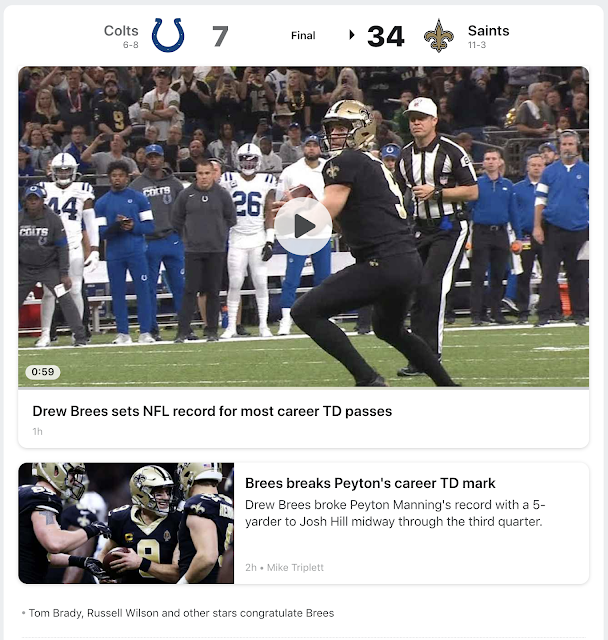 I said on Patreon today that 4 TDs seemed like the right number, because that would take Brees to 541, the 100th prime, in the 100th NFL season.  He became the first QB to reach 540. 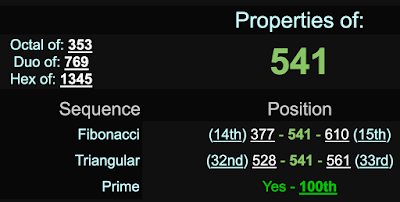 His 30 attempts are cute as well, as his team improves to 3-0 vs. the AFC for the season.

This happened on a date with 67 numerology.