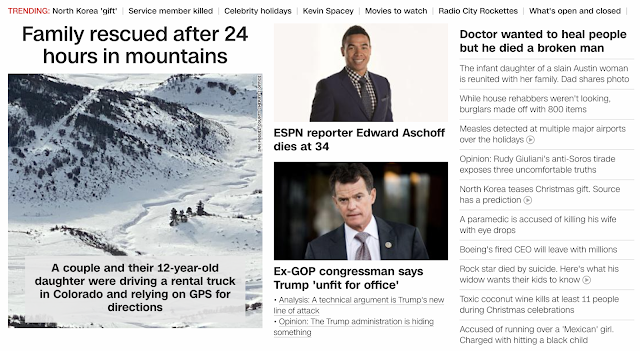 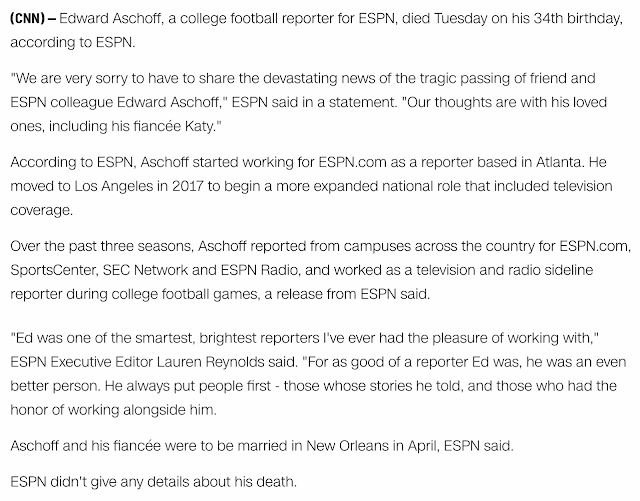 This man has died at age 34, on his 34th birthday, on Christmas Eve.

There was only one Bowl Game played on the day of his death, and that was won by Hawaii over BYU, 38-34.  Recall, Hawaii's season began with a death on July 4.  Christmas Eve = 74

Keep in mind this comes on Christmas Eve, so there is a 'Jesus' connection.

They're saying he died after a "short illness".  Recall, arsenic poisoning looks like a severe cold.