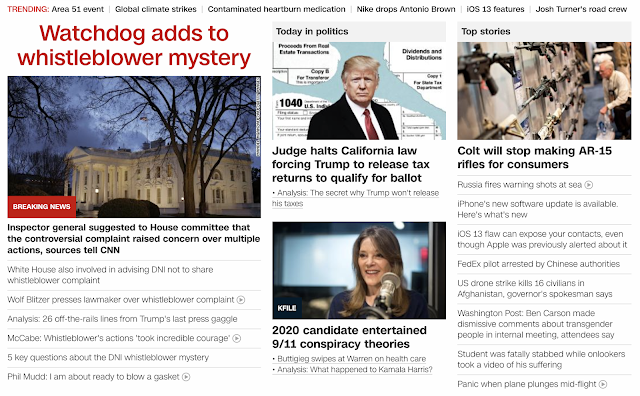 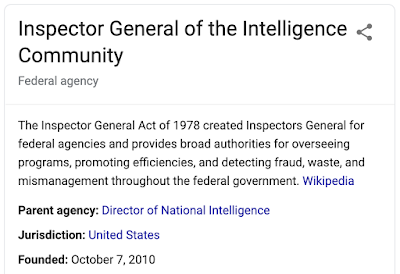 And then there is this story about Marianne Williamson entertaining the idea that a Zionist conspiracy was unleashed on September 11, 2001. 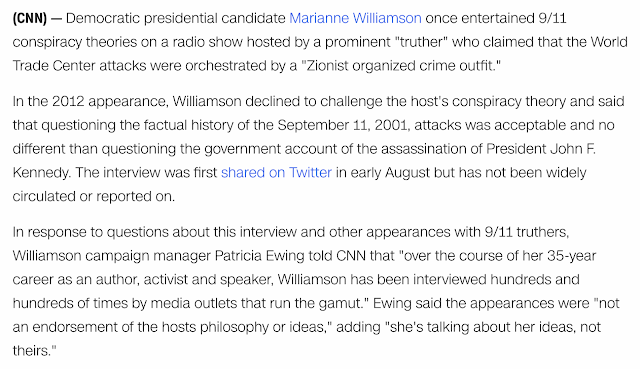 This news comes on her 74th day of her age.

Recall, my book on Gematria was banned on the 74th day of the year, on the 2-year anniversary of having all of my online accounts hacked.

My book was banned out of the offices of Etsy in Brooklyn, New York.

Owen Benjamin reported he was demonetized on the 74th day of the year as well, March 15, 2019. 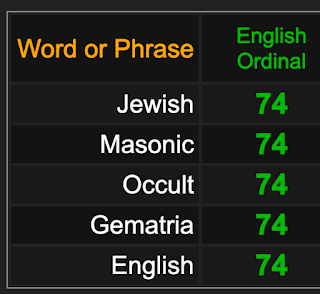 Keep in mind the WTCs were on the 74th Meridian West.

And don't forget the Manhattan Project, or that the World Trade Centers were in Manhattan, or that the sight was called Ground Zero, which means the point above or below ground where a nuclear / atomic weapon explodes. 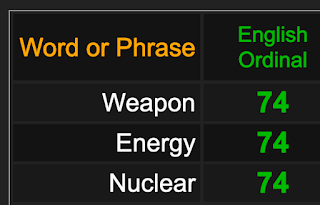 The name Marianne Williamson equates to 'Scottish', as in the Scottish Rite of Freemasonry.

This news comes September 19, the day leaving 103-days left in the year.

And regarding the mention of Dallas and the JFK assassination in the article, let us not forget...

Dealey Plaza was named after a Scottish Rite Freemason.

Zapruder (the JFK assassination filmmaker) was a Scottish Rite Freemason.

And for one last Scottish Rite note, her birthday equates, July 8, or 7/8.