Hurricane Sandy was man made? Is man controlling 'acts of God'? This is beyond coincidence.

In a past blog post, I wrote about the strange similarities in both random acts of nature and tragedy.  Those events were as follows:

When I wrote that post, I was not aware that Hurricane Isaac and Katrina started exactly 7 years apart, on the exact day, and both terrorized New Orleans.  Stranger yet, 'The Perfect Storm' and Hurricane Sandy started exactly 21 years apart, to the day.  The coincidences go beyond.  Please read this very fascinating article here.

Please read that article before reading on.

Again, do you believe in coincidences?  If you think the idea that man can control the weather is ridiculous, I would ask you why that is.  Is it not true that man has invented nuclear, atomic, and hydrogen weapons?  What about television?  Satellites?  Space travel and imagery?  Computers?  The world we live in, is beyond imagination.  But somehow, it is real, it persists.  So for man to also be able to control the weather, well, it isn't that far out there.  In fact, Nikola Tessla and Russian scientists were investigating it as far back as the early 1900s.  There have been books written about the United States, Russia, and other world powers such as Britain, and there research into this technology in weaponry throughout the Cold War.  We live in a science fiction novel.  We need to make it stop, for the sake of ourselves and all the generations that are to come after us.  We must awake from our slumber, in something, something number.  Shake our fists like thunder.  You know that saying?  If you know that, we need that.

Also, I have a theory to propose with regards why Hurricanes are given the names they receive.  Let us take hurricane Isaac and Katrina for examples.  I is the 9th letter in the alphabet.  K is the 11th letter in the alphabet.  If both of these storms were manufactured or manipulated by man, so as to cause further, targeted, destruction; through technology such as HAARP; for the purpose of a greater, global, political, strategic, agenda- well, then, you understand why they would do it with storms named after the 9th and 11th letters.  As stated in other posts on this blog, the sequence 9-11, skipping 10, is to say, that man has subverted or surpassed God, to the Occult. 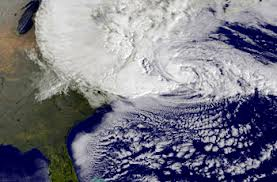