After the Antioch, TN theater shooting of August 5, 2015 , I said to lookout for Thanksgiving Day, November 26, 2015.  Remember, the first ever National Thanksgiving was celebrated on November 26, 1789, emphasis on '89, under the federal recommendation of President George Washington.  Think about how Acts 11:26 is about the Christians, the only place the word Christian is used in the Bible, and how 11/26, or November 26, is the date of the first Thanksgiving, celebrated in remembrance of when the Christian Pilgrims supposedly ate with the Natives who bailed them out of starvation.

This year will be the 89th Macy's Day Parade.

With regards to the date of the August 5 shooting, that is exactly 113-days before November 26.

Notice the span of 3 months and 21 days, sort of like 3, 2, 1... a countdown.  This is something we have seen coded into other recent stories, such as the Egyptian Airplane crash.

Here is also a quick little blurb about the original Christian Pilgrims, who celebrated the First Thanksgiving.  Notice the date they left, September 6, and the number of them, 102. 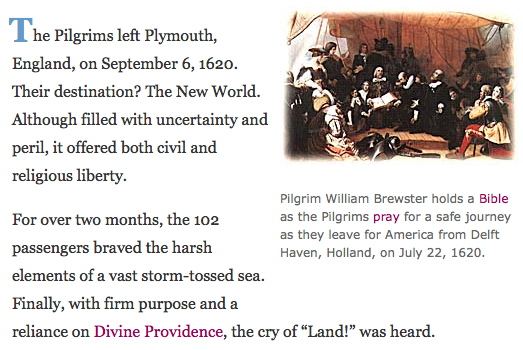 The first ever Thanksgiving, long before it was a holiday, was celebrated December 13, 1621.