Think about how this narrative favors Clinton's campaign in terms of "mainstream consciousness' while hurting Trump, who has been more 'pro gun' than Clinton.  This is no coincidence.  The Mayor of Dallas is also Mr. 87. 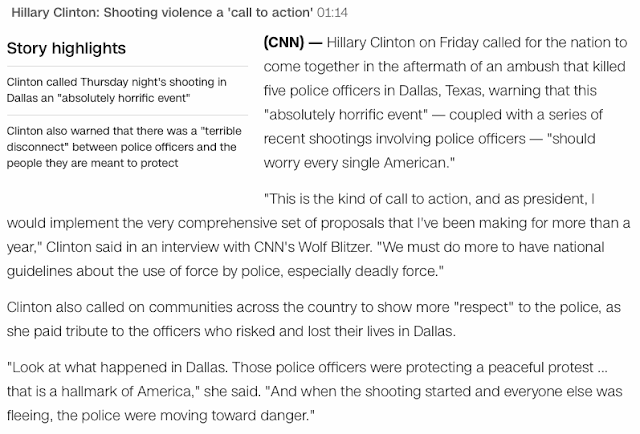 1:14 for the 114th Congress and legislation to come before the election?  I think so.