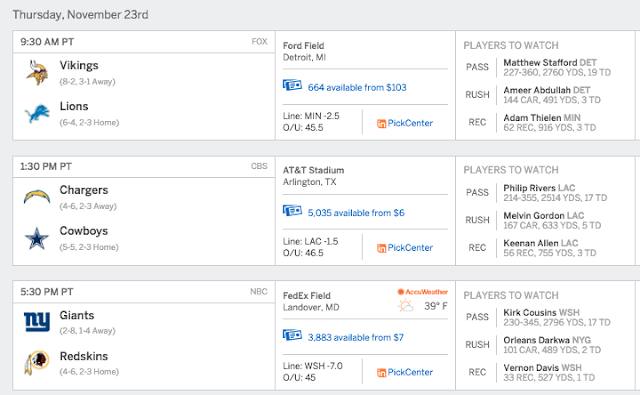 It will be the 11th game between the Cowboys and Chargers. Cowboys can improve to 7-4 with win.

And last, is the Giants in D.C.

It's interesting that they have played 168-games up to this point.  New York City = 168

They play the Redskins again to close out the season, 38-days later... 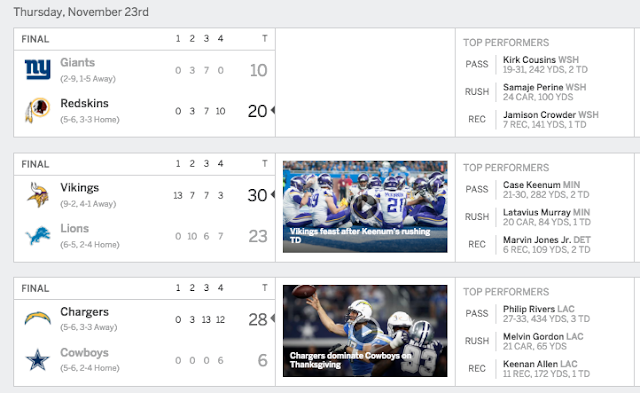 Vikings got their 72nd win against the Lions today.

I'm also looking at how the Giants are 2-9 and the Vikings are 9-2.  Those teams had parallels running side by side last season as well.  Eli's father finished his career with Minnesota in 1984...

https://www.pro-football-reference.com/players/M/MannAr00.htm
Posted by Zachary K. Hubbard at 8:22 AM