Dear "flat earthers", please subscribe to this channel and then shut the fuck up forever 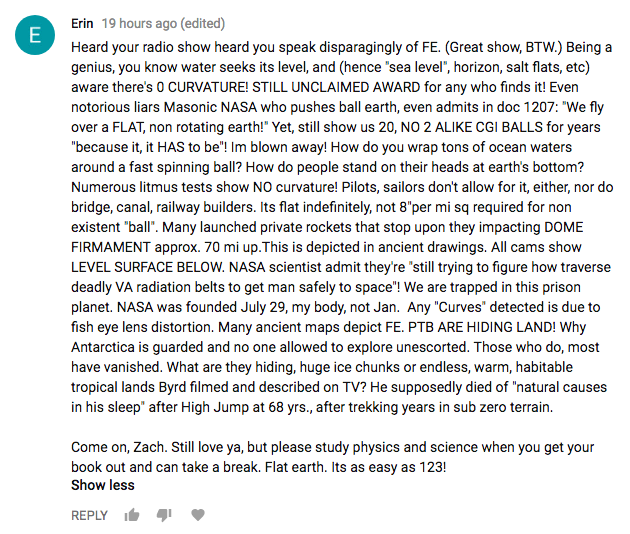 I can't explain to you how much comments like this make my blood boil.  "Please study physics".  No fucking idiot, you need to study physics and logic.  For anyone who still thinks the earth is flat (which is the same as saying for anyone who is a fucking retard), please watch the videos of this pilot who is exposing flat earth.  For the record, this pilot (YouTube Channel) started speaking out against flat earth because he got inspired by my own rants against the obvious psyop that is "flat earth".

If you watch his videos and still think the earth is flat, you are hopeless.

PS  And understand, I don't care how much you like me or my work.  I don't want any flat earth fucking retards associated with me.  Any person who speaks of the flat earth will make my work look bad through the concept of guilt by association.  If you're so dumb to think the earth is flat, you won't be able to persuade the sheep masses of anything.

PPS And don't start arguing the earth is flat in the comments.  It isn't and this guy proves it with every single video.  All flat earth pushers are shills or retards, there are no others.