And Howard Hughes anyone? 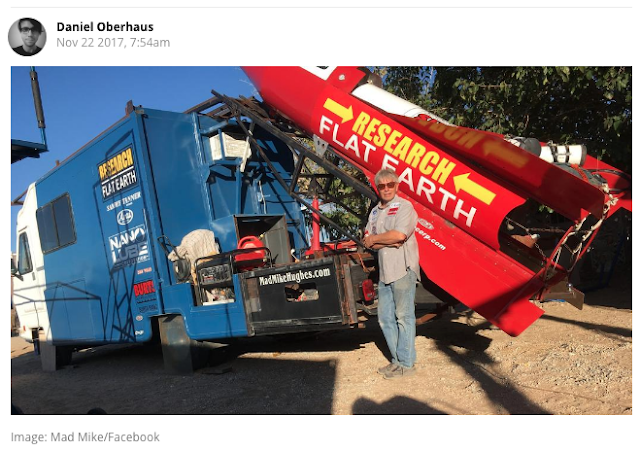 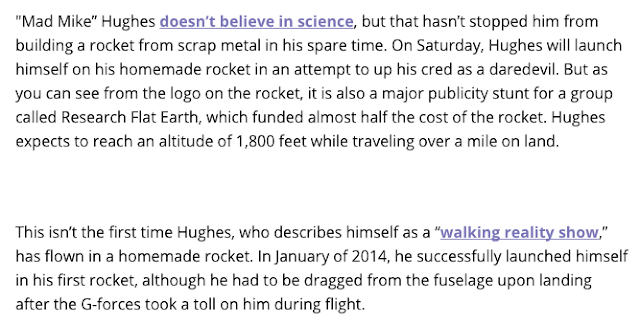 Believe?  Like I've said, 'science' and 'religion' are one and the same in the way they are presented to us.  They are not the same thing truly, but science as we're told, is it expected for us to believe in.

Notice how the first sentence is a contradiction as well.  He doesn't believe in science, but then he is using science (rocket / test) to try and prove his theory...  and isn't it interesting that he is using the same methods as NASA... established in '58.  Science = 58; Freemasonry = 58; Planet = 58 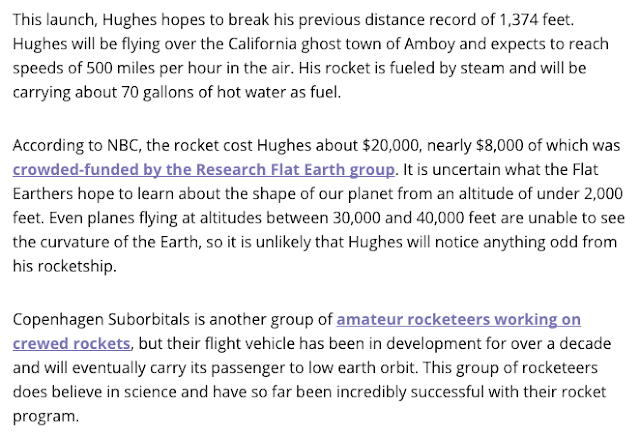 Has anyone seen the movie The Signal?  I talked about the flat earth tribute in the end of the film last night, which leaves the viewer with the idea an alien / artificial intelligence is in control of earth, and we're living on a flat earth / science experiment.
Posted by Zachary K. Hubbard at 8:33 AM