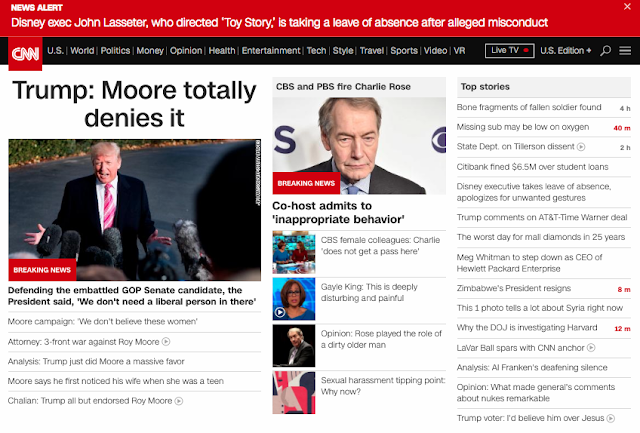 It's like this.  When we had the first black President, they brought back the race war headlines, now we have the groper in chief, so the focus is groping.  Of course the message is only the President can grope, but at the same time, you'll only be arrested if you're black.  Hello Nelly.

The real kicker is the "firing" of Charlie Rose.  Don't forget this is The Apprentice President too! 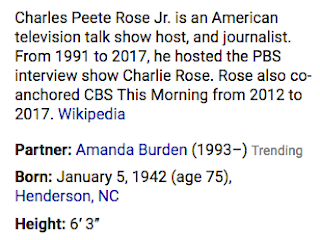 It happened 45-days before his upcoming birthday, in the time of the 45th President...

What's the countdown to?