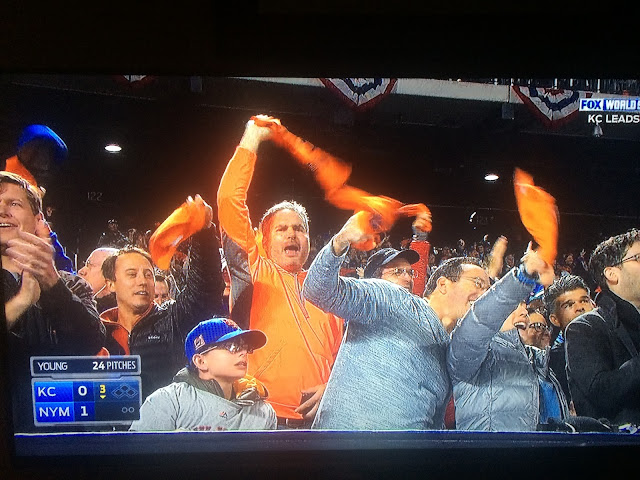 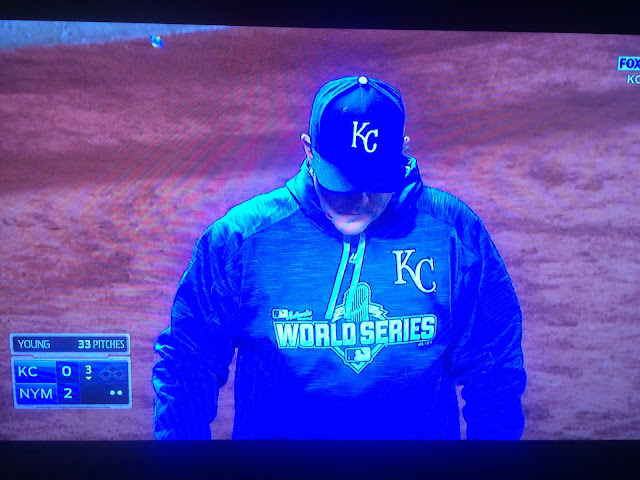 On the 33rd pitch and at bat sequence, an appeal was made on a sacrifice fly concluding a very bizarre play, where the KC right fielder waited extra seconds to make the throw home in an attempt to make an out on the runner.  The whole play looked very staged and as if the outfielder knew he was supposed to let the run score.  Honestly, I think the batter, Granderson, was supposed to hit the ball a lot deeper than he did, but because it was a shallow fly, the outfielder had no choice but to delay his throw so that the New York runner tagging home could score.

Of course all this "bizarre", happens on the 33rd pitch.  Yesterday, the Mets pitcher, for his number "33", threw a past ball that allowed the runner on third to score.
Posted by Zachary K. Hubbard at 6:21 PM