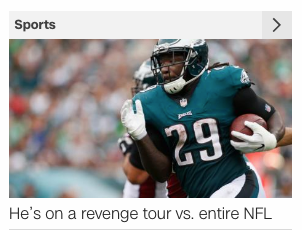 This guy first made a name for himself at Oregon, in college, punching an opponent in the face. 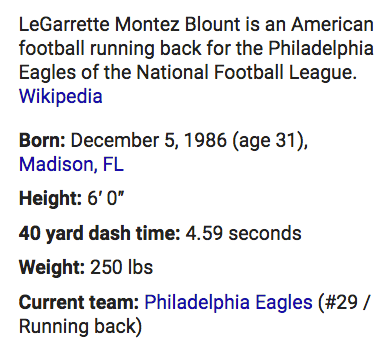 The Eagles' coach's birthday is 57-days after Blount's birthday.

It has been 57-years since the Eagle won a championship.  Last year, he won the Super Bowl with the Patriots, who were in their 57th season. 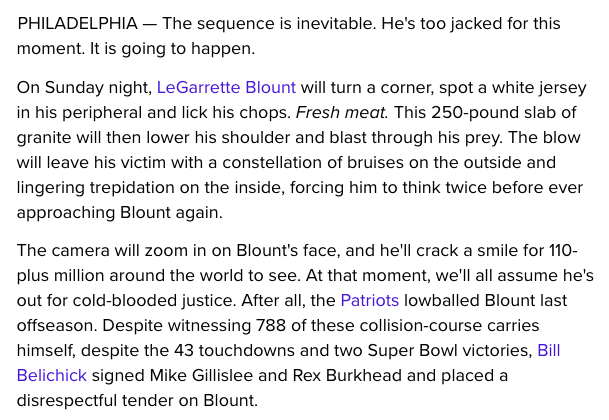 http://bleacherreport.com/articles/2756774-blount-bowl-eagles-pats-is-the-climax-of-an-all-time-nfl-chip-on-shoulder-epic?utm_source=cnn.com&utm_medium=referral&utm_campaign=editorial
Posted by Zachary K. Hubbard at 9:43 AM