Remember, the Oregon standoff was carried out by government agents, and was a made for TV spectacle, by the numbers.  As I predicted when it began, it would end after 41-days, on the 42nd day of the year, and it did.  Now here we are on October 27, with the main participants being acquitted.

From the day the standoff ended, February 11, until the date of the acquittal, October 27, is exactly 37-weeks.

This is more news by the numbers.

The decision for this acquittal came in 'Portland', Oregon, for one more '37'.

This was a 'federal' trial.

As you read below, notice how the name of the lawyer, Marcus R. Mumford, factors into '33' and 'Bundy'. 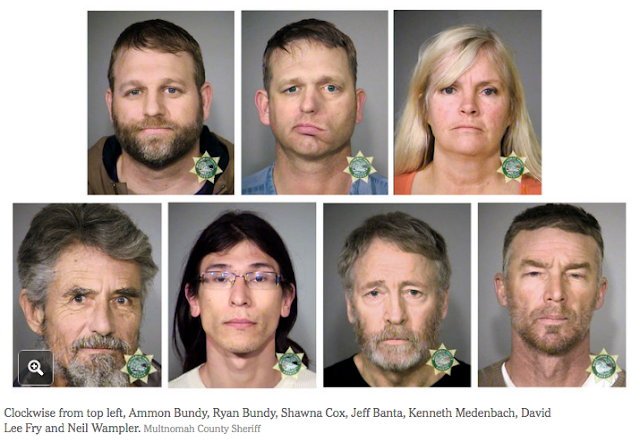 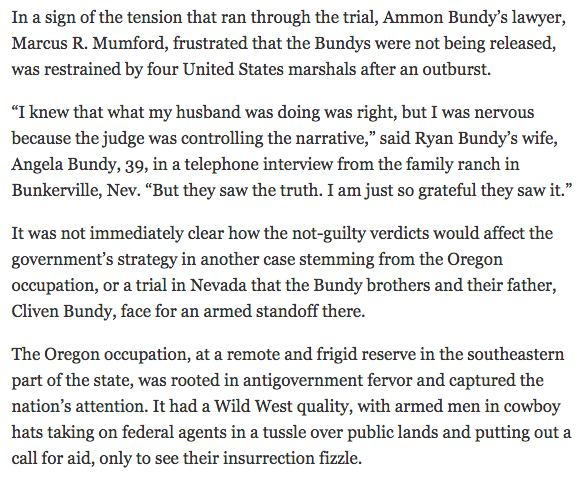 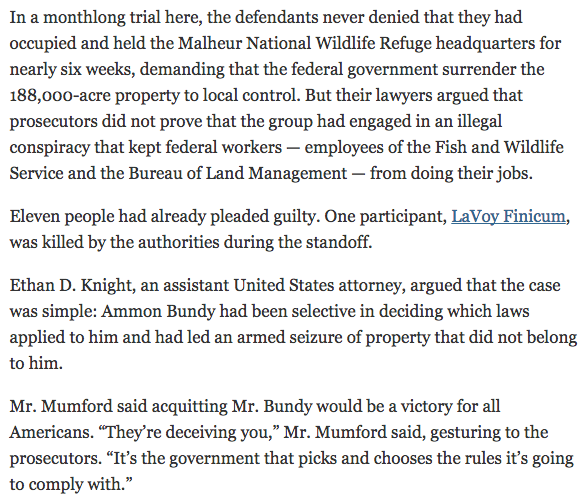 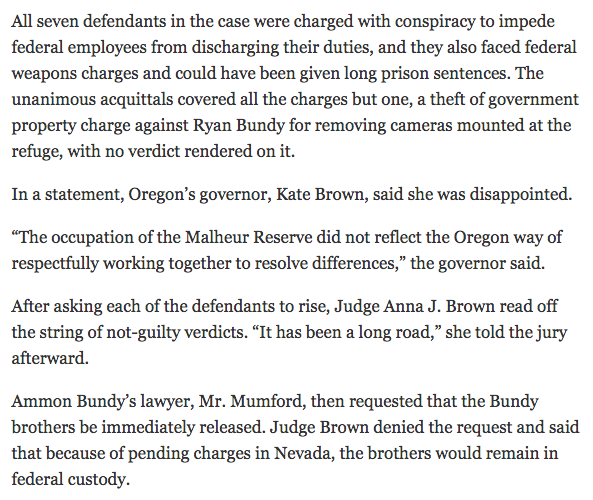 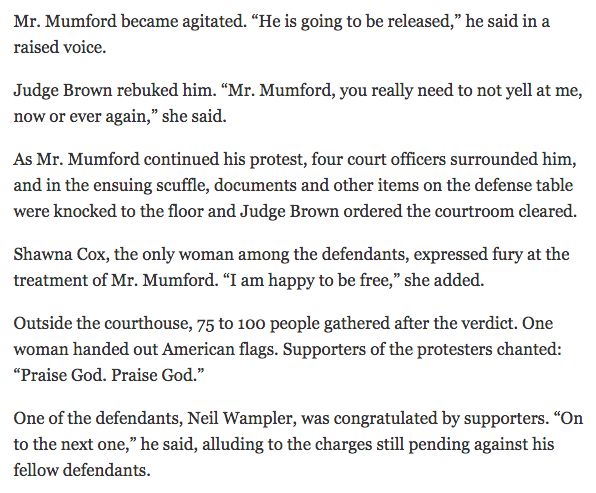 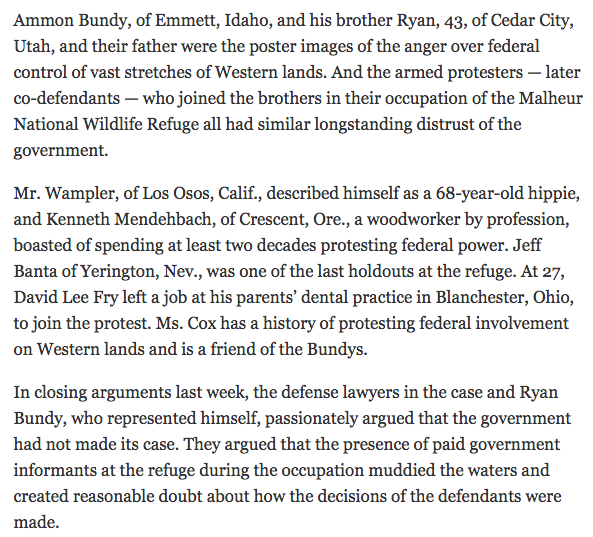 Please see my older posts on this psychological operations, and how the entire event transpired by the numbers.  The posts are numerous, and I called just how it would end from the very start.  You might recall, the Oregon Ducks lost in the Alamo Bowl 41-47, just before the 41-day standoff began in Oregon, only to end 41-days later, on the 42nd day of the year.