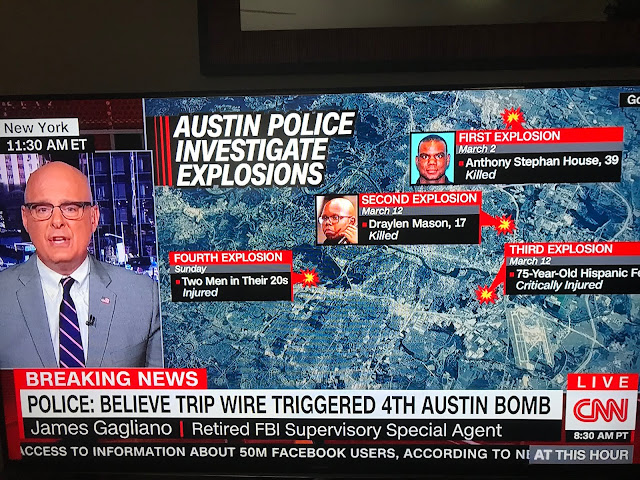 There's a serial bomber on the lose says the media, a "sociopath".

REMEMBER, THE FEDS ARE SOCIOPATHIC PEOPLE.

Jones broadcasts out of Austin, Texas.

Alex Jones was born on the 42nd day of the year.

The named victims are Draylen Mason

There is even more Freemason fingerprints here than I've already identified.