137 | Toys R Us out of business announced Pi Day? +Past articles leading up to closure 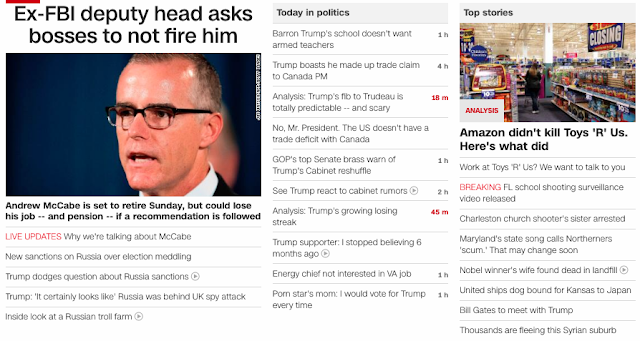 It appears Toys R Us has announced it is going to close its doors, making the announcement March 14, Pi Day, 2018.

Yea, don't blame Amazon, they only put the nail in the coffin. 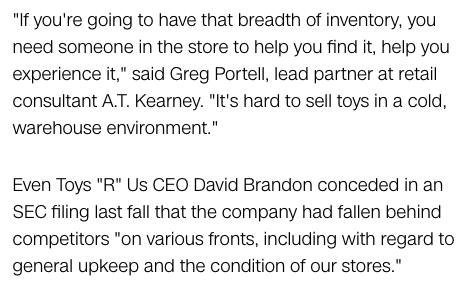 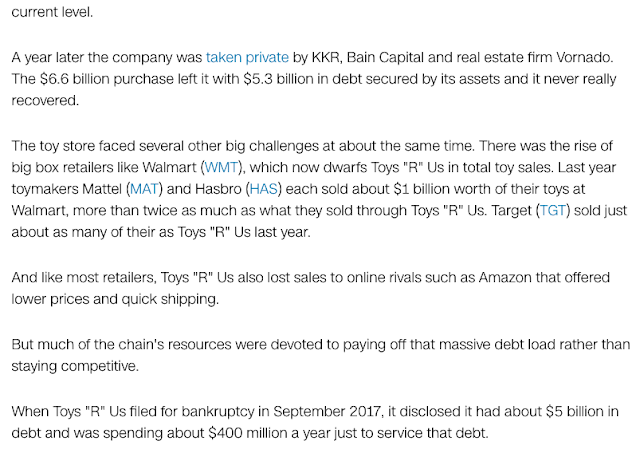