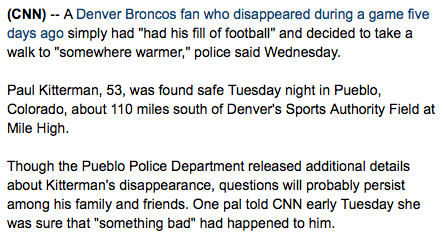 Checkout the excerpt above, and notice the numbers 53 and 110.  Also recall that Paul Kitterman sums to 53.

It should be noted that the current World Series is the 110th.  53-years ago was the 1961 World Series between New York and Cincinnati, in which Sherman Jones pitched for the Reds.  His name is very much connected to the Hoover Dam, and he was once very connected to the San Francisco Giants and city of Kansas City where he became Mayor.  In his career, he pitched 110-innings, and recorded 53-strikeouts.

Tonight is Game 7 of the World Series in Kansas City.  Will the flood gates go?  Something tells me no, but on the eve of the Super Bowl, it might be a go.  Super Bowl 49 will be hosted in close proximity to the Hoover Dam, and the Dam originally cost $49m to build.