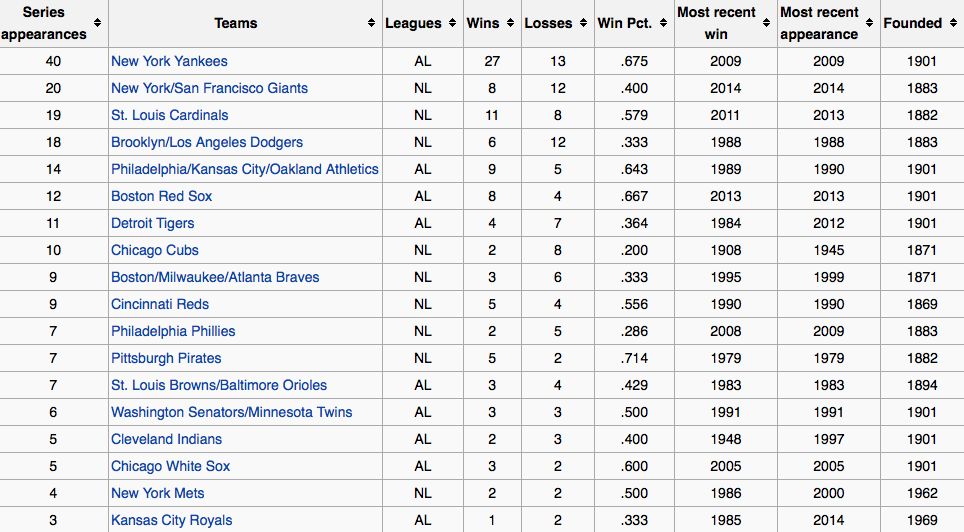 First, I wonder if the Yankees will ever win another MLB Championship seeing as how they're already at 27 titles to date, a very special number in the "MLB".

Second, I wonder how anyone can overlook the fact that New York based baseball teams have won 46 of the 110 World Series events to date; nearly half.  This evening, the Giants claimed their eighth World Series Championship, in their twentieth appearance as a team.
Posted by Zachary K. Hubbard at 11:47 PM