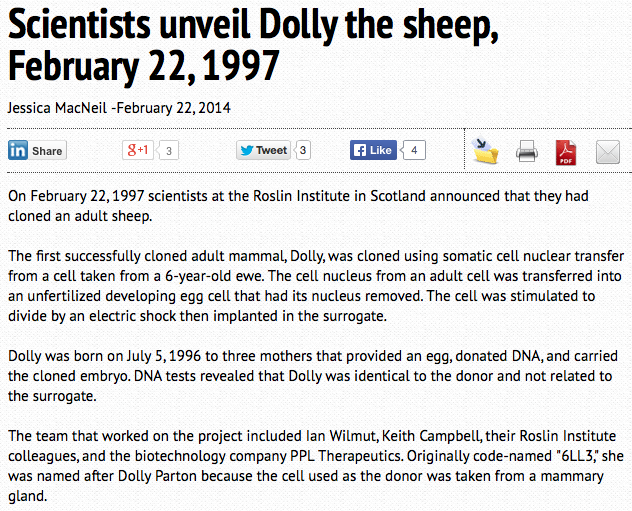 February 22 is the 53rd day of the year.  This is an important number in the Bible, which is important to Freemasons, especially Scottish Rite Freemasons, who have summing degrees of 96, the year Dolly was cloned.

Dolly was announced to the public on the 53rd day of the year.

In Jewish Gematria, 'Satan' sums to 232, the number of days between the birth and news, and 'Hell' sums to 53.
In hindsight, this looks like one of the most clever jokes waged agains we the people by the mainstream media.  I was a kid when this happened, but I still remember it as though it was yesterday.  It begs the question, if they can clone sheep, what else can they clone?  Further, if they did this before it made the news, what else have they done before it made the news... that also never ended up making the news?
Posted by Zachary K. Hubbard at 10:53 PM