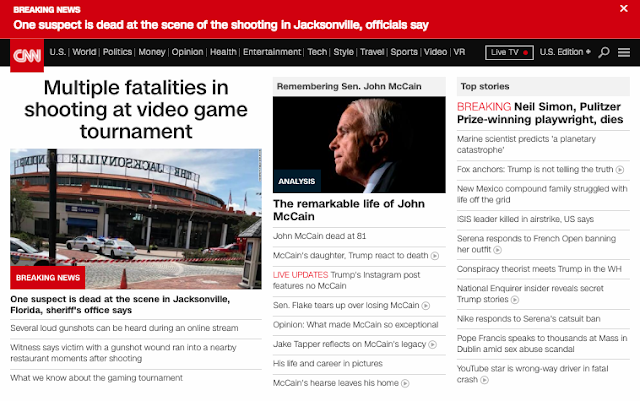 Remember, that shooting happened on a date with 43 numerology.

Notice this was a Madden 19 tournament.

This news comes on the 26th of August.

The masonic motto is "order out of chaos". 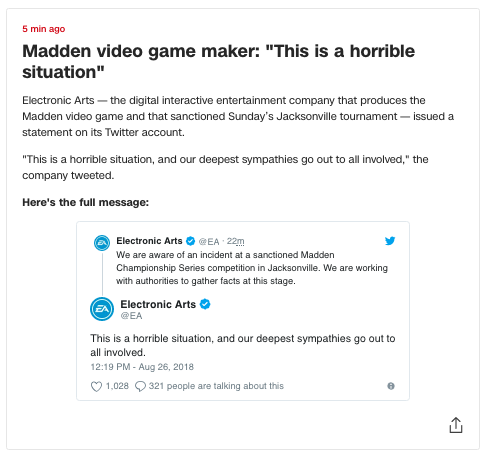 The gamer was shot in the thumb.  I haven't seen a headline like that since a jogger at the marathon had their leg blown off. 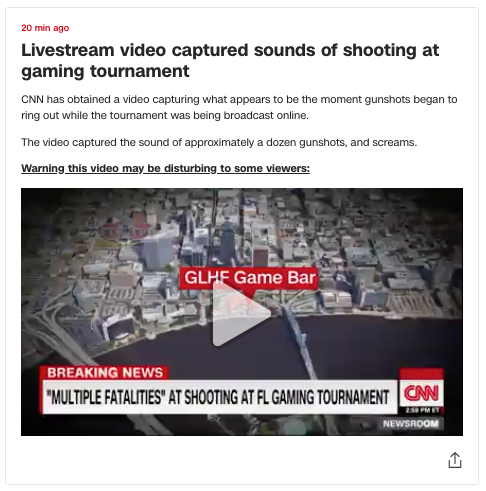 This shooting at the GLHF Game Bar comes just before the start of the NFL season endin with Super Bowl 53.

The football is the shape of the Vesica Piscis. 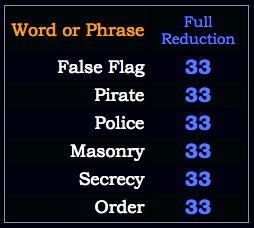 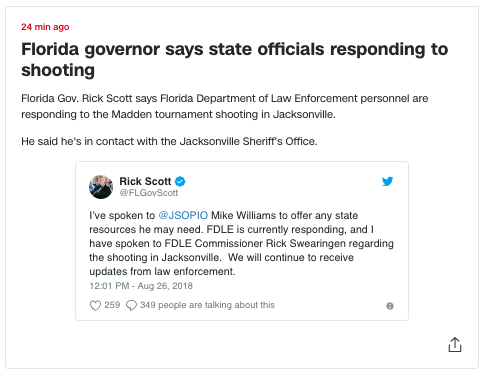 CNN is referring to this as a 'video gaming tournament' shooting...

Last, no word yet on if this was an act of terrorism.

Now, for the ultimate kicker, it was reported August 2 that the annual Madden NFL simulation picked the Jacksonville Jaguars to win Super Bowl 53.  (8/2 was a good day for the pick).

And for one last "coincidence".... have you ever noticed there are a lot of shootings in Florida? 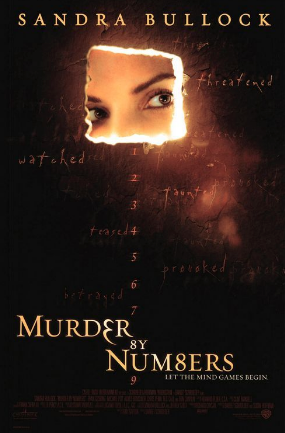 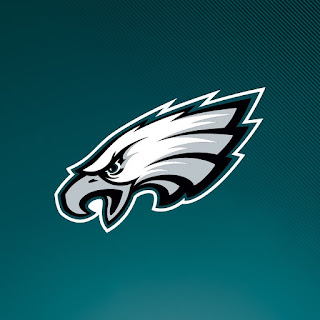 Read about Pulse on June 12, or 6/12, and Stoneman Douglas and 612 here, plus how that connects with Columbine and Stoneman Douglas:
https://freetofindtruth.blogspot.com/2018/02/612-dunblane-to-sandy-hook-pulse-to.html
Posted by Zachary K. Hubbard at 1:03 PM