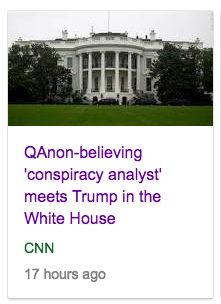 QAnon is known as 'Q' for short, and not by accident.

It began on 4chan.

A Mason, Vladimir Lennon, once said this... 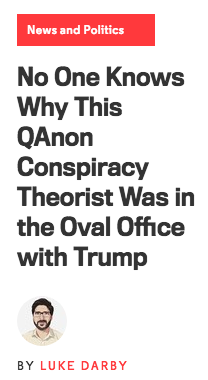 Of course, they mention what he wrote about QAnon on July 4, or 7/4. 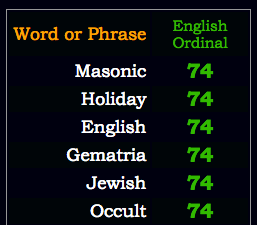 QAnon is a half truthing psyop, mixing in facts, such as the conspiracies of 9/11, Sandy Hook and the October 1, 2017 Las Vegas shooting, with OBVIOUS LIES, such as Donald Trump being the opposition to the New World Order (or Deep State), and the "Democratic Pizza Gate Operation". 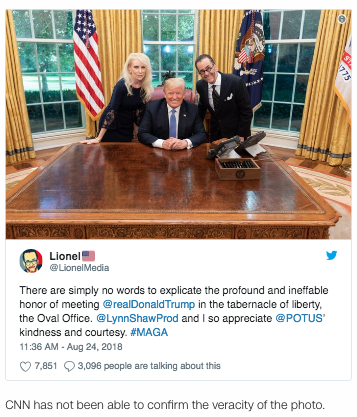 Notice, Lion was in the White House Thursday, August 23, a day prior to his tweet.

It isn't hard to see Lionel is an Ashkenazi.

Lionel also visited the White House in his last days of being 59-years-old, born in '58.

Trump, winner of 58th U.S. Presidential Election
Trump, hired 58-year-old Steve Ray for Inauguration Day
Trump, announced he was running for President from 58-story Trump Tower
Hillary put out the book 'What Happened' about why she lost; What Happened = 58

The conspiracy analyst visited on Trump's 71st day of his age, August 23. 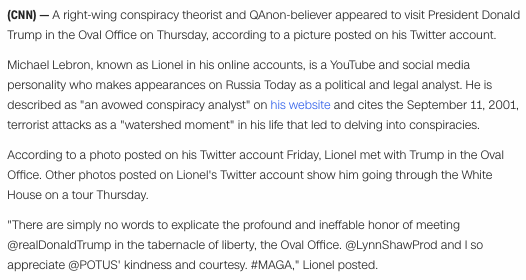