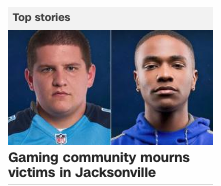 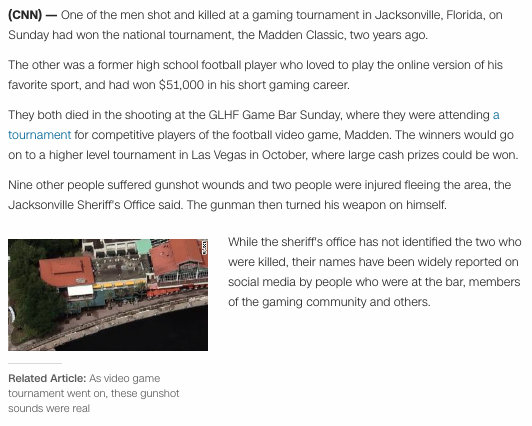 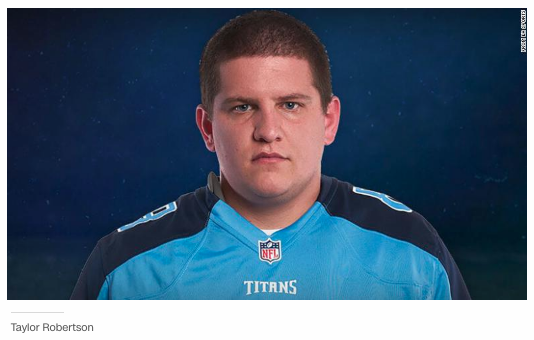 The man below is from Calabasas.  Calabasas = 59 (Ordinal) 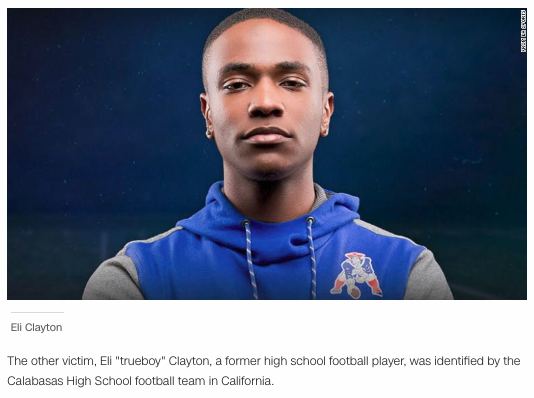 This shooting came 193-days after the Stoneman Douglas shooting, which was also a riddle connected to football and the NFL.  193, the 44th prime

On August 17 in Florida, there was a shooting at a high school football game, where it was reported 4 shots were fired in the 4th quarter, 4 and 4. 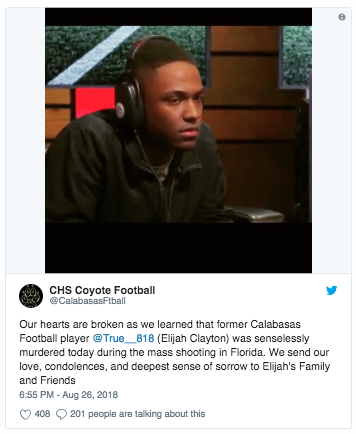 This news comes before the season of Super Bowl 53.

And let's not overlook the Titans and Patriots jerseys, two teams that met in the playoffs last year, prior to the Patriots beating the Jaguars, where this shooting was in Jacksonville. 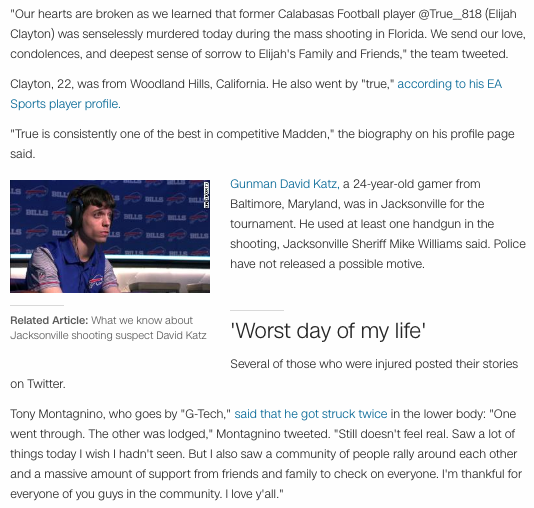 Drini Gjoka, the gamer, was struck in the thumb, at the GLHF Game Bar.  That's my favorite.