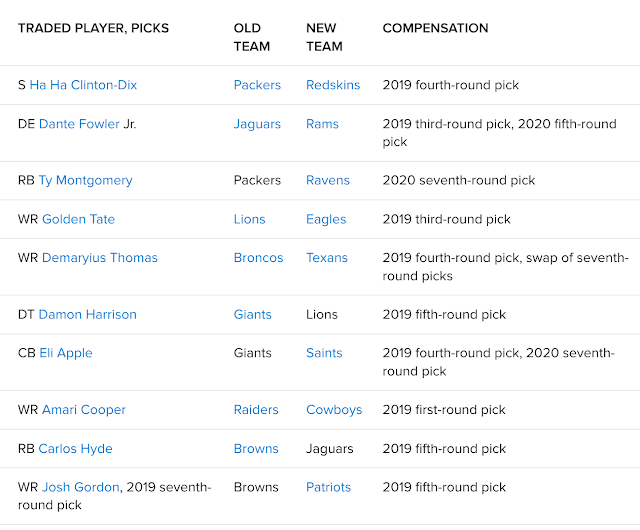 I love that Ha Ha Clinton-Dix is going to play in the nation's capital, where Clinton supposedly once got his dick sucked by a Jewish woman. 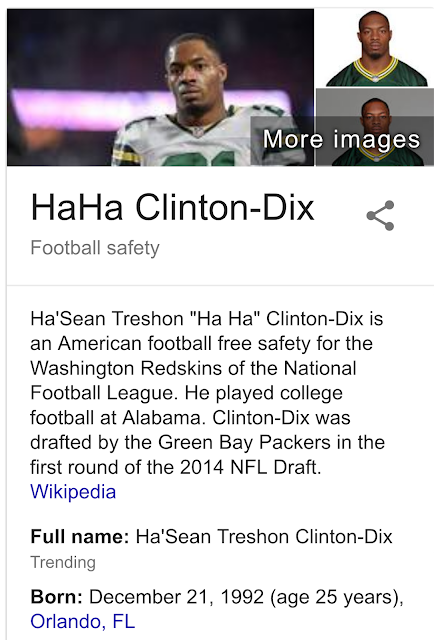 He is 25-years-old, the reflection of 52.
His move comes 44-days before the Super Bowl, which will be played on a date with 44 numerology.

Ha Ha was playing for the Green Bay Packers, in Wisconsin.  Don't forget it was Wisconsin that went in favor of Trump, and made him the 44th person to become President.  Trump also ran against Bill Clinton's wife.

More on his name gematria here: