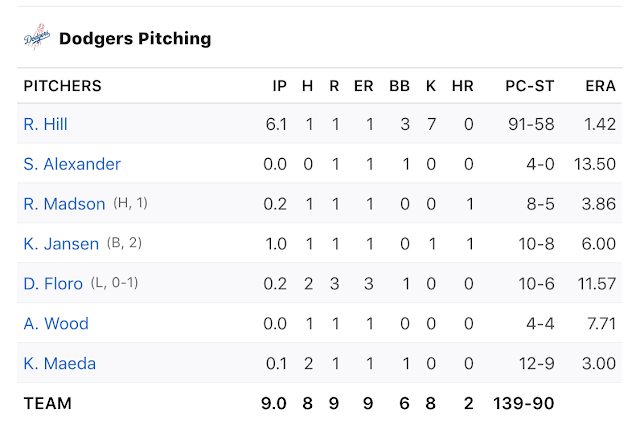 Notice the 93 starting pitches for the Red Sox starter.