He was born Theodore Jones.

Thus, it was the right day for murder by numbers:
https://www.youtube.com/watch?v=1Wp-SZSBkjk 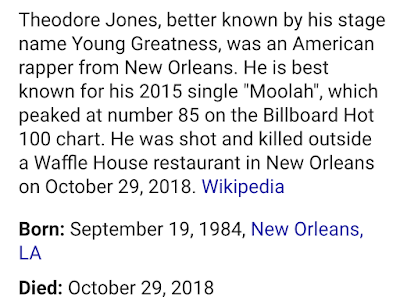 Here is more on his name gematria. 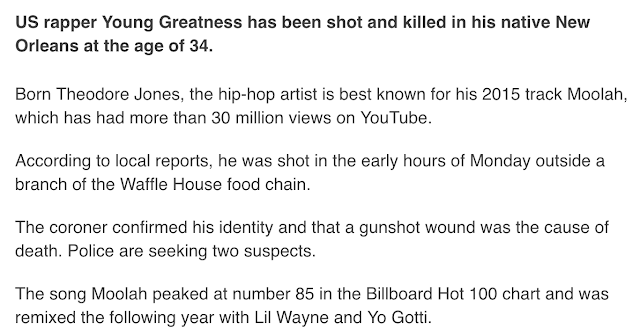 Lil Wayne and Yo Gotti covered his song...

The death comes on Lil Wayne's 33rd day of his age.

The death has multiple alignments with Yo Gotti.

This comes 163-days after Yo Gotti's birthday.

His record label, Quality Control, connects to the date numerology of the death.

Don't overlook the 67 either. 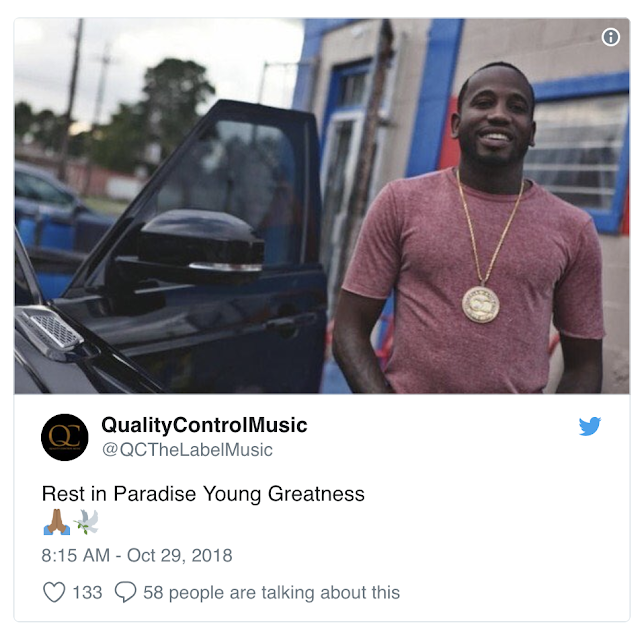 This news also comes 38-days after Wale's birthday, a man who is 34-years-old.

In light of Wale, it's also interesting to note that the rapper Young Greatness died on his 41st day of his own age.

And don't forget how Louisiana and New Orleans, Louisiana connect to 'murder'.