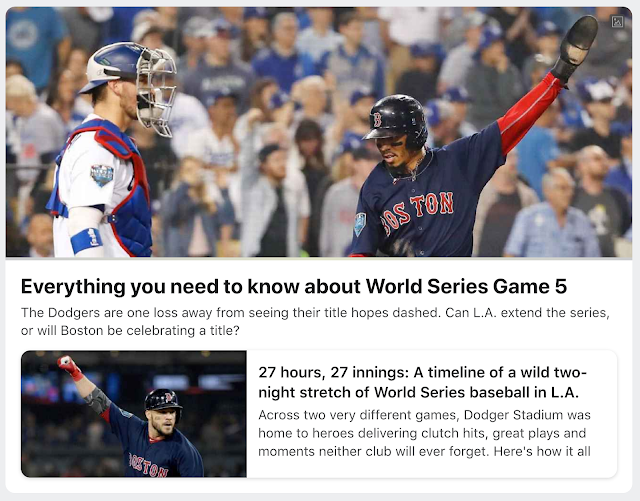 We've been talking about the possibility of the Red Sox being in the World Series and closing it out in Game 5 since July, in light of how it would line up with a Patriots Super Bowl, to close out the 99th NFL Season, and for 41-year-old Tom Brady.

Game 5 is a span of 99-days from the Super Bowl to close out the 99th NFL Season.

Chris Sale was supposed to start this game according to the commentators last night.  Expect him to make a big appearance, or possibility close it out.  He is #41.

As for the starters, they are David Price for the Red Sox, and Clayton Kershaw, who got his last win in the postseason 213-days from his birthday, as we documented earlier.

As for the Managers, the former Red Sox and Dodger players both...