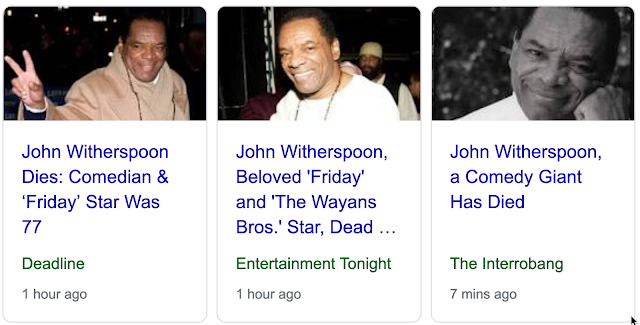 This news comes before Game 7 of the World Series between Houston and D.C.

Notice his date of death is October 29, the day leaving 63-days in the year. 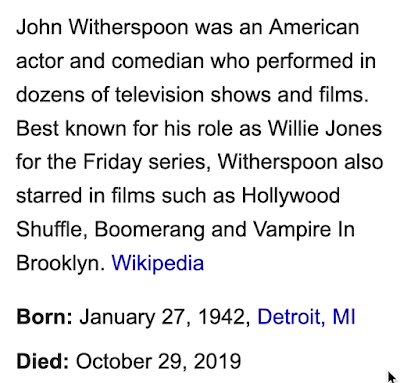 And this is why the media emphasized his film 'Friday'.

His name also connects to Astros, and the day the World Series began, October 22, the day leaving 70-days in the year.

And his name connects to 'murder'.