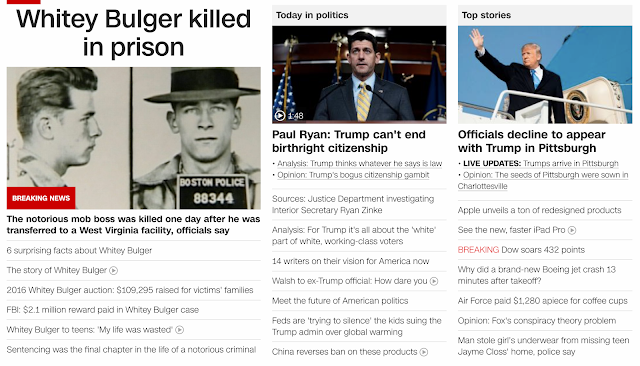 Whitey Ford, the relative of the President of the Massachusetts Senate and the gangster, is dead right after Boston has won the World Series. 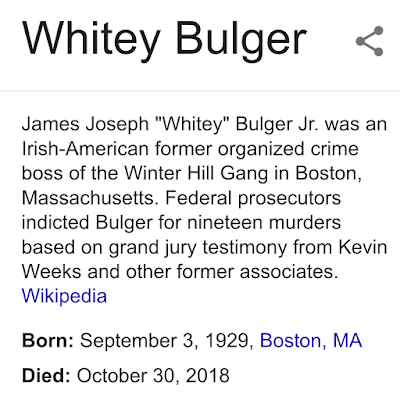 Whitey Bulger is dead 57-days after his birthday.

He is from Boston, who just won the World Series...

He was a member of the Winter Hill Gang.

Another important point is that today leaves 62-days left in the year. 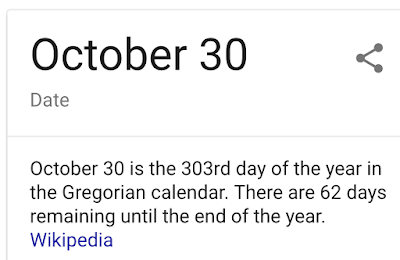 The film about him Black Mass came out on a date with 62 numerology.

From the release of the film to his death was 162-weeks and days. 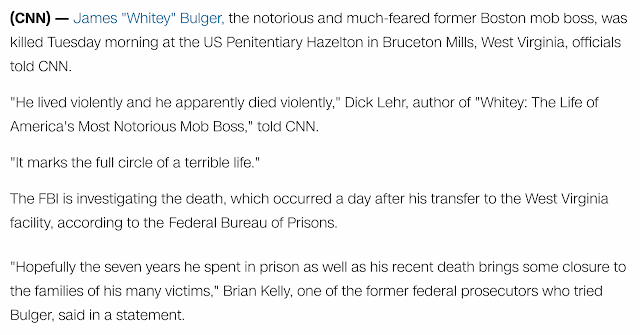 He was 89-years-old.  The Red Sox just beat the Los Angeles Dodgers.

If you missed my work on the rigged World Series and upcoming Super Bowl, watch here:
https://www.youtube.com/watch?v=sKgOiqSbv3w 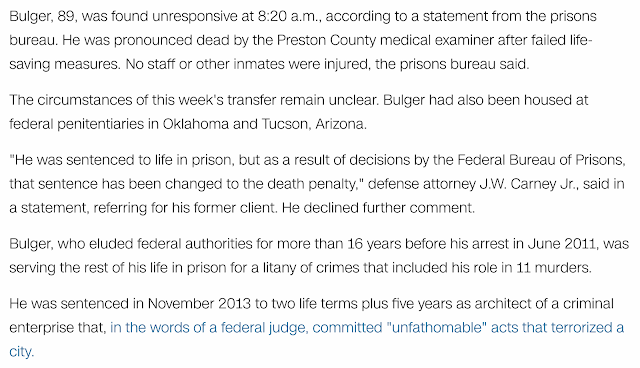 For the record, Whitey Ford, born September 3, or 9/3, was part of the MK Ultra program. 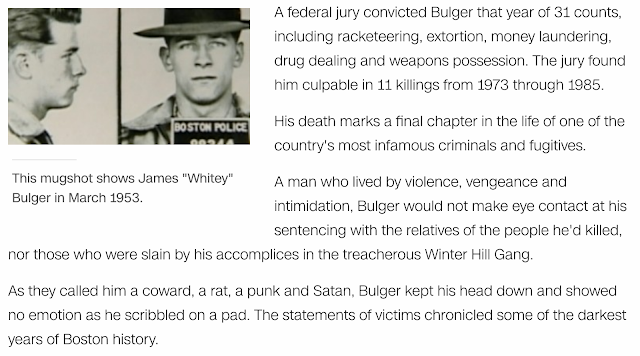