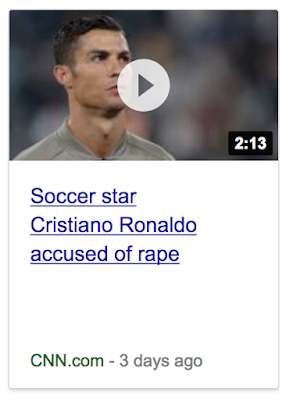 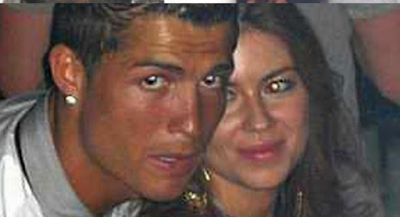 It was the right date to accuse the biggest football star of the world of being a 'rapist'.

Consider last year, October 1, 2017, the news was the Mandalay Bay Casino assassin at the Route 91 Harvest Festival.  This year, it is October 1 again.

This time, it is character assassination. 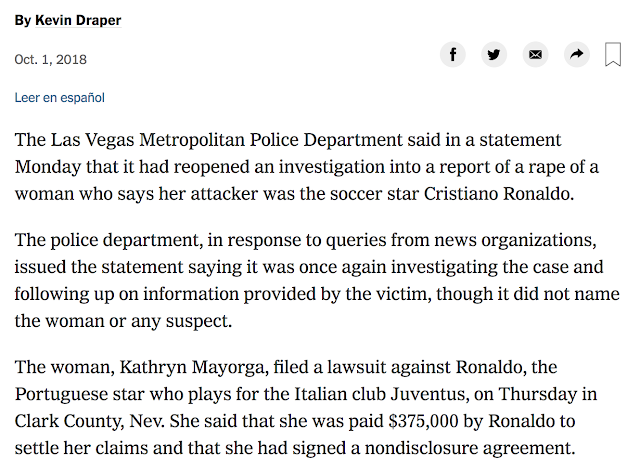 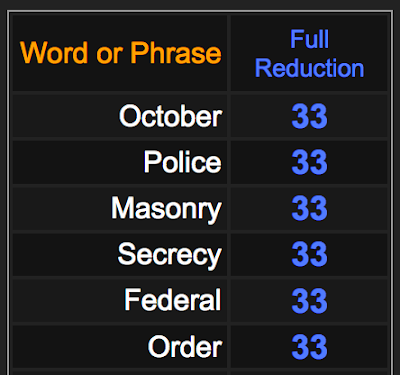 Notice this story comes out of Clark County, or CC, or 33. 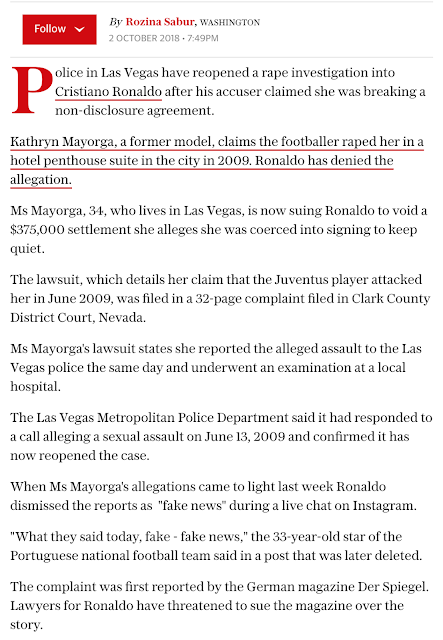 The accusation of the raping of the 34-year-old woman comes exactly 34-weeks after Ronaldo's 34th birthday. 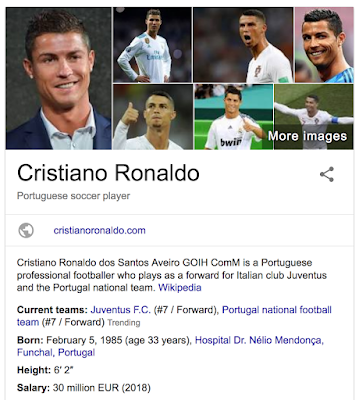 Again, the victims named is Kathryn Mayorga, and the accused is Cristiano Ronaldo.

And of course, this is more New World Order news by the numbers, using their pawns that they own through their expensive contracts.

Even more, the date she was supposedly raped, June 13, is the day leaving 201-days left in the year.

Ronaldo has referred to this story as Fake News.

That date was 4-months and 8-days after Ronaldo's 24th birthday.