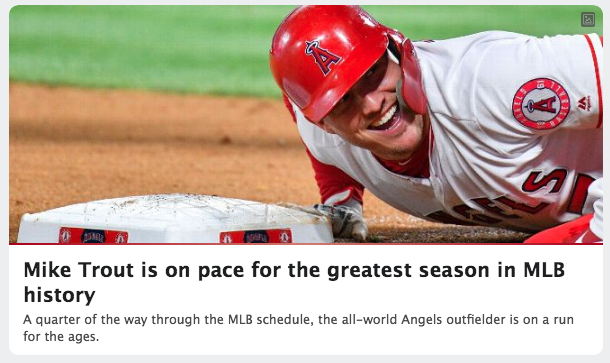 Get this, in the season Mike Trout gets to play with the man known as the Japanese Babe Ruth, he is on the verge of having a better season that Babe Ruth's best season, which is considered the greatest offensive season in rigged MLB history.

On the 93rd day of the year, the "Japanese Babe Ruth", hit his first career homerun, while a teammate of Mike Trout... 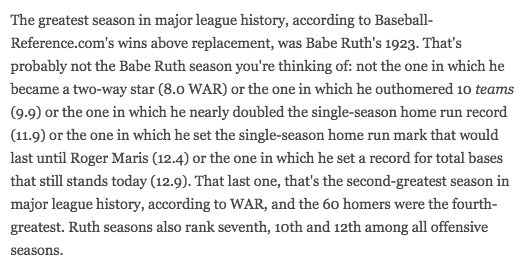 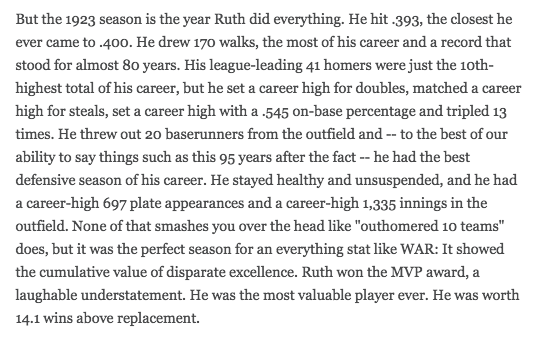 It might have been 93... and then the riddle becomes crystal clear. 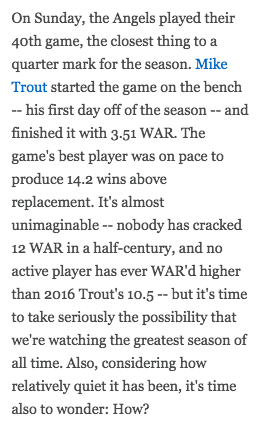 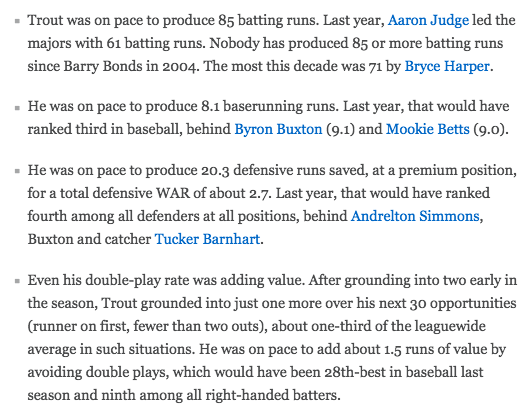 The Yankees lead the MLB with 27-championships.