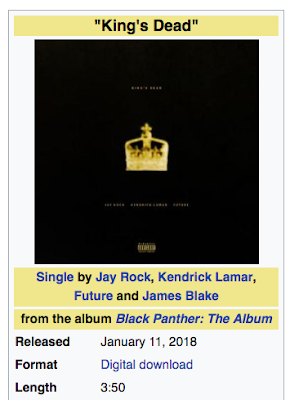 We just saw LeBron score 35-points in the game advancing to the Finals, and where the team scored 87-points total.  James = 87

Notice there is a guy named JAMES Blake on the song. 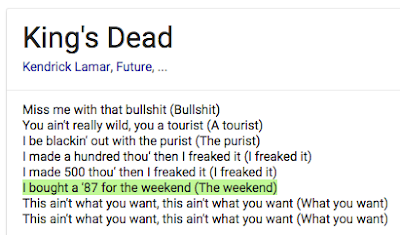 From the song's release to the start of the NBA Finals is a span of 141-days.

If LeBron loses to the Warriors in the Finals, he will be 1-3 against them in championships, like this being his 13th playoff season.  And don't forget, King James became a King at 13-months of age, like how LeBron won the championship in his 13th season with the Cavs.

If LeBron lost the Finals, he would also be 3-6 all-time, like how at the beginning of the season him and Wade were put together, the men who wore #3 and #6 in Miami. 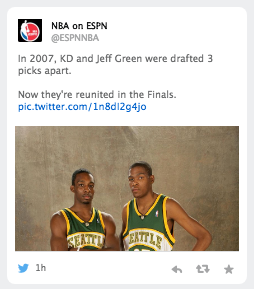